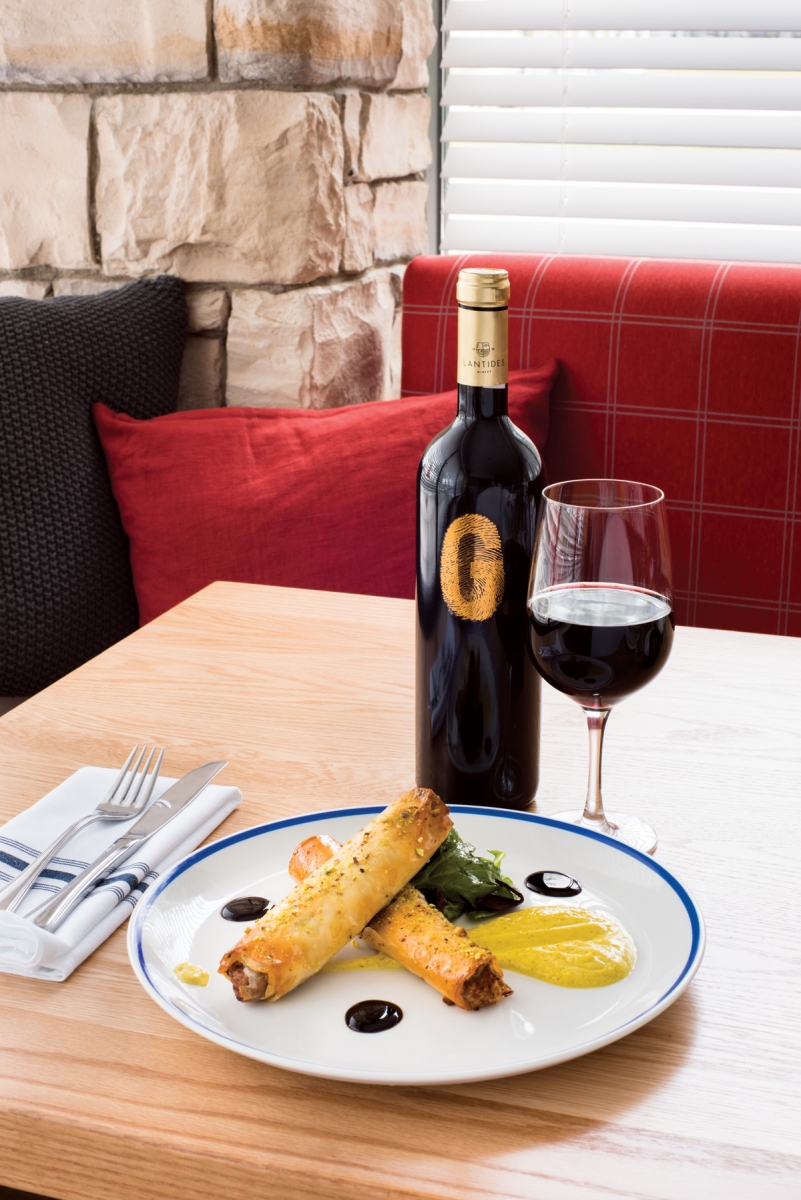 Remember retsina? How friggin’ awful it used to be? This all-but-forgotten wine style was Greece’s vinous gift to the world from the 1960s through the 1980s, eventually petering out to the barest presence on liquor-store shelves. However, if you’re still holding on to your Greek wine aversion, you may be missing out.

Greek wines have come a long way since triremes sailed the seas and Hoplites walked the earth. Greece’s location on the Mediterranean Sea and its role in the dawn of Western Civilization translates into 6,500 years of wine-making history. Greek myths are peppered with as many wine references as Zeus had illegitimate progeny. Wine is truly in Greece’s blood.

Since the heady days when neon was at the height of fashion, Greek wine has kept ticking along — in its domestic market and at neighbourhood Greek restaurants that continue to offer miserable authentic wines. If you’ve ever had cheap retsina, you know you’re not missing out.

Retsina is a wine like no other. Its exact origin is clouded by history, though it is believed to have something to do with the practice of using pine resin to seal clay amphora in ancient Greece and Rome. Eventually, people just got used to the flavour of pine resin in their wines, while others like Pliny (the Elder) saw to recommending the resin be added during fermentation. Over the subsequent millennia, wines tasting of pine resin went the way of the dodo for the most part — with retsina being the exception.

Retsina did enjoy some respectability in the 1960s and 1970s, but eventually, with only the poorest examples to drink, it became a vinous joke. Today, a few modern producers are making premium retsinas, which are miles removed from the old plonk, igniting a small renaissance. These contemporary retsinas run the gamut of delicate and citrusy, and they can be damn tasty.

Besides retsina, Greece produces plenty of table wines, too. While wines made from chardonnay or pinot gris are around, you’ll more likely see grapes like assyrtiko, agiorgitiko, xinomavro or moschofilero, if a grape is listed at all. (Greece follows the European tradition of naming the region of origin, rather than the grape). These wine names don’t exactly roll off the tongue, but one thing they do do is exude terroir — they definitely taste like they come from somewhere, in part because few Greek wines taste overly commercial, unlike inexpensive Australian shiraz, or inoffensive California chardonnay, for example.

Greek wines are classified like many other wine regions in Europe, though to all but the most devoted Greek wine buffs, the regions are widely unfamiliar. Greece ranks 16th, between India and Uzbekistan, in terms of vineyard acreage. In terms of wine production, in 2010, it produced about six times what Canada did. Wine production is scattered across much of the Greek mainland and a number of islands have some viticulture of some note. Nemea, Crete and Macedonia are fairly productive, with Corfu, Santorini and the Peloponnese also garnering attention. As for climate, Greece is the Mediterranean — the ideal climate for most viticulture — with cool, wet winters and hot, dry summers.

Greece’s move toward modern winemaking is welcome, indeed, and advanced techniques are percolating down from the largest winery cooperatives to smaller, artisan producers. Modern viticulture is working its way down, too, in part assisted by the European Union. Even dining is changing; the traditional tavern culture of Greece is yielding to younger, more worldly patrons aware of what is happening elsewhere in Europe. Traditions are breaking like plates.

Speaking of breaking plates, that custom is growing less common of late. Ervin Bushi, chef and proprietor of Broken Plate in Willow Park Village, says that for 15 years, they broke plates with their guests. But recently, as part of an effort to reduce waste, they halted plate-breaking, allocating the funds they would have spent replacing plates toward their annual donation to the Calgary Women’s Emergency Shelter. “We can put those funds to much better use,” Bushi says.

“Opa!” is the quintessential Greek expression of enthusiasm, but it can also acknowledge danger or risk. Sound out a hearty “opa!” the next time you pop open a bottle of Greek wine.

That’s not a typo — the 2010 is the current vintage in our market. Made from xinomavro grapes and spending a minimum of four years in barrel, look for deep, earthy aromas with herb and charred tomato leaf, while on the palate, there are some strong similarities to left-bank Bordeaux. Great in the glass or with decanting, pair it with briskets or roasts done low and slow. $17

One of the classic white wines from Greece for many Canadian consumers, Boutari’s Moschofilero is wonderfully perfumed with clean, tropical fruits and a mild herbaceous character. Light and summery with great acids and a long, lemon-driven finish, this should pair well with seafood of nearly any type. $15

A clean and modern expression of retsina, using only about a fifth of the pine resin permitted by law, and using a high-altitude source of Aleppo pine resin. Almost unrecognizable as retsina on the nose, it’s bright, herbaceous and citrus-laden, while flavours showcase a more high-toned resinous character on the palate. A completely delicious and perception-changing example of the genre. $40

Made from the main white grape of Corfu in minute quantities at Nicoluzo, look for an abundance of lemon and lime characteristics with mild salinity and a touch of honey without the sweetness. It’s quite similar to chenin blanc, and very, very good. $42

A remarkable dessert wine coming from the famous island of Santorini, made from drying assyrtiko and aidani grapes in the sun and aging in casks for three years, it’s unlike Italian or other vin santos. Bursting with dried fruits of apricot and fig with lime and caramel, it’s also intensely sweet on the palate. Very similar to premium boal Madeiras, it’s excellent from start to finish. $34

Deep and dense on both nose and palate with blackberry fruits and a decidedly smoky, licorice-laden profile, it also has a fine balance between fruit and savoury. Match it up with anything made on the grill. $22

Try these food and wine pairings at local restaurants

Who would have thought that lamb shoulder wrapped in phyllo would be so good? It’s even better when you match it with Lantides G., ($60 for the bottle),
a medium-bodied red blend from Nemea.

The Kitrus Malagouzia, ($65 for the bottle), with its intense aromatics, is well placed for the divine Humboldt squid at this hotspot. BVDF changes its food and wine offerings frequently, so if this isn’t available, ask for a different Greek wine-and-dish recommendation.

Another lamb-and-Greek-red pairing, because why mess with success? Alloy’s lamb chops with kale, olives and phyllo and the Kechris “Genesis” xinomavro blend from Macedonia ($55 for the bottle) are a match made in the Mediterranean (subject to seasonal menu changes).