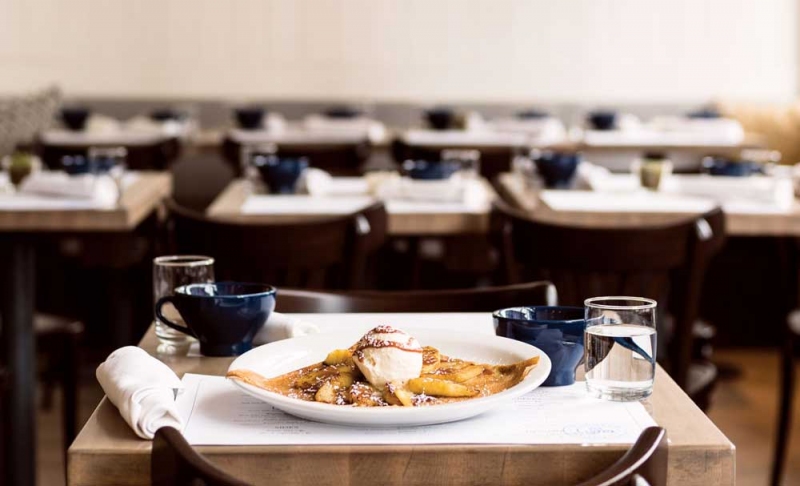 From a new brewery to where to celebrate National Taco Day, here’s what you need to know about the latest food-related openings, news and events in Calgary.

A post shared by Citizen Brewing Company (@citizenbrewingcompany) on Sep 11, 2017 at 7:37pm PDT

Calgary’s brewery boom continues with the opening of Citizen Brewing Company on September 8. The 3,200-square-foot brewery is owned by Scott Oliver, John Papoutsakis (owner of Sophies Pizza) and Ric Cutillo (owner of Midtown Kitchen & Bar). The brewery currently offers four of its own brews (the Batch 1 Session Ale, the Northwest Pale Ale, the Highjacked IPA and the Tank 4 Saison), as well as two guest taps and cold brew coffee. The beers are available in sleeves, pints or flights. Citizen is also a 50-seat brew pub, and makes the food in its own food truck outside the brewery. Order at the bar and they’ll bring you dishes such as the Citizen Burger (with topping options like pineapple, fried egg, pulled pork and more), macaroni and cheese, cubano and chicken sandwiches and kale caesar salads. There’s also sides like hush puppies with maple butter, backed beans, potato salad and more. Next season, the brewery is also hoping to open an outdoor patio area.

After nearly a decade of serving Calgarians at its West Springs restaurant, Fergus & Bix has opened another location in McKenzie Towne. Expect a casual food menu that features locally sourced ingredients and a focus on Canadian craft beers from breweries such as Fernie Brewing Co., Village Brewery and Big Rocky Brewery. During the summer, this new location also has a 25-seat, south-facing patio.

Tacos get their moment in the spotlight this Wednesday, October 4 during National Taco Day. Dozens of local restaurants offer tacos filled with chicken, beef, fish, pork and more, but it’s even sweeter when you can get a deal on this Mexican dish. In honour of National Taco Day, here’s where you can find taco deals in Calgary every single day of the week.

Join thousands of local foodies at the Rocky Mountain Wine & Food Festival, which is celebrating its 20th anniversary on October 13 and 14. At the festival, you can sample beers, wines, premium spirits and more, as well as food and desserts from local and notable restaurants. This year, participating restaurants include Goro + Gun, Cactus Club Cafe, Modern Steak, Starbelly Open Kitchen + Lounge and more. Be sure to also vote for your favourites in the event’s Great Big Taste Awards.

Suzette Bistro, a popular French eatery in Mission, recently opened a second location in Britannia. Much like its Mission location, the Britannia space is bright and airy. It has table and bar seating. Both locations share the same menu, so stop by for the restaurant’s signature savoury galettes and sweet crepes, such as the Paysanne (with bacon, roasted potato and mushrooms) or the Gariguette (with berries, chantilly and strawberry jam). The restaurant also offers a few salads, pastas, grilled meats and fish.

These Calgary Restaurants Take Brunch to the Next Level

Worth the Drive: Cinnamon Buns at Little Apple Café and Bakeshop in Longview