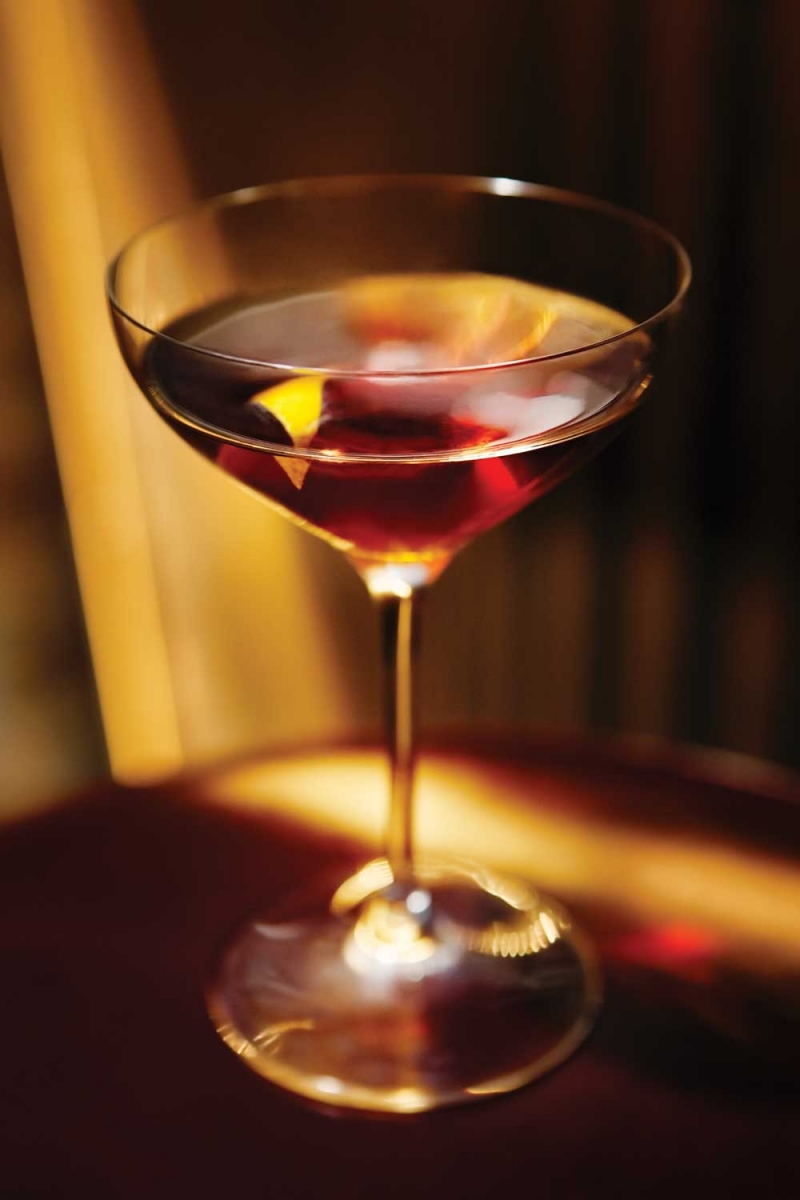 What pops into your head when you hear the word “vermouth?” Likely the image of a neglected bottle of Martini & Rossi, pushed to the back of the fridge or, worse, the liquor cabinet, to oxidize and render future martinis stale.

For Mitch Vernaroli, however, vermouth is a stand-alone aperitif and elegant cocktail additive that’s simply misunderstood. Royale‘s bar manager has been won over by the likes of Cocchi Rosa, Dolin Dry and Mir Rojo, and he wants to change your mind about vermouth, a lightly fortified wine aromatized with herbs and spices. Rather than a necessary evil for classics such as the manhattan or negroni, it’s Vernaroli’s mission to show drinkers that vermouth on its own has merits (and is worth a spot up front in the refrigerator). “I just love its versatility,” he says. “It’s a great evening opener and it’s a great closer. I want people to fall in love with vermouth.”

To nudge the Royale clientele toward that goal, Vernaroli’s bar list includes 12 vermouths that can be ordered as a 1.5-ounce pour, or in cocktails where vermouth is the star, not the backup. The “Vermouth & Bubbles” section features Italian, Spanish and French vermouths – red (sweet), white (sweet or dry) and extra dry – stirred or shaken into drinks. Many are riffs on classics. “I take cocktails that I love and twist them. With these, I’ve twisted them in favour of vermouth,” Vernaroli says.

The Standard floats La Quintinye Rouge (a big, sweet vermouth from France) in bubbly ros and adds a dash of orange bitters and a spray of orange zest for a drink that channels an Aperol spritz. Nonna’s Mule pours a tot of rum, spicy jalapeno-coriander syrup and Mir Extra Seco (a Spanish vermouth that tastes subtly of oregano and rosemary) into the staples of a mule: lime and ginger beer. The result is as tart, spicy and refreshing as you’d expect, with the vermouth adding a distinctive “oooh, what’s this?” complexity.

Mnage, another of Vernaroli’s vermouth-forward cocktails, is a flip on a Corpse Reviver #1 that uses three French spirits: La Quintinye Rouge vermouth, Cognac and Calvados. Rich and juicy – almost big-red-wine-like – with spicy notes thanks to the vermouth’s herbal ingredients of angelica, cardamom, cinnamon and wormwood, the initial vermouth bang is tempered by the Cognac and Calvados, which cut the sweetness with a dry finish. Reminiscent of boozy caramel apples, Mnage is just the drink for a crisp October evening and, with any luck, what you think of now when you hear the word “vermouth.”

How to make Royale’s Mnage 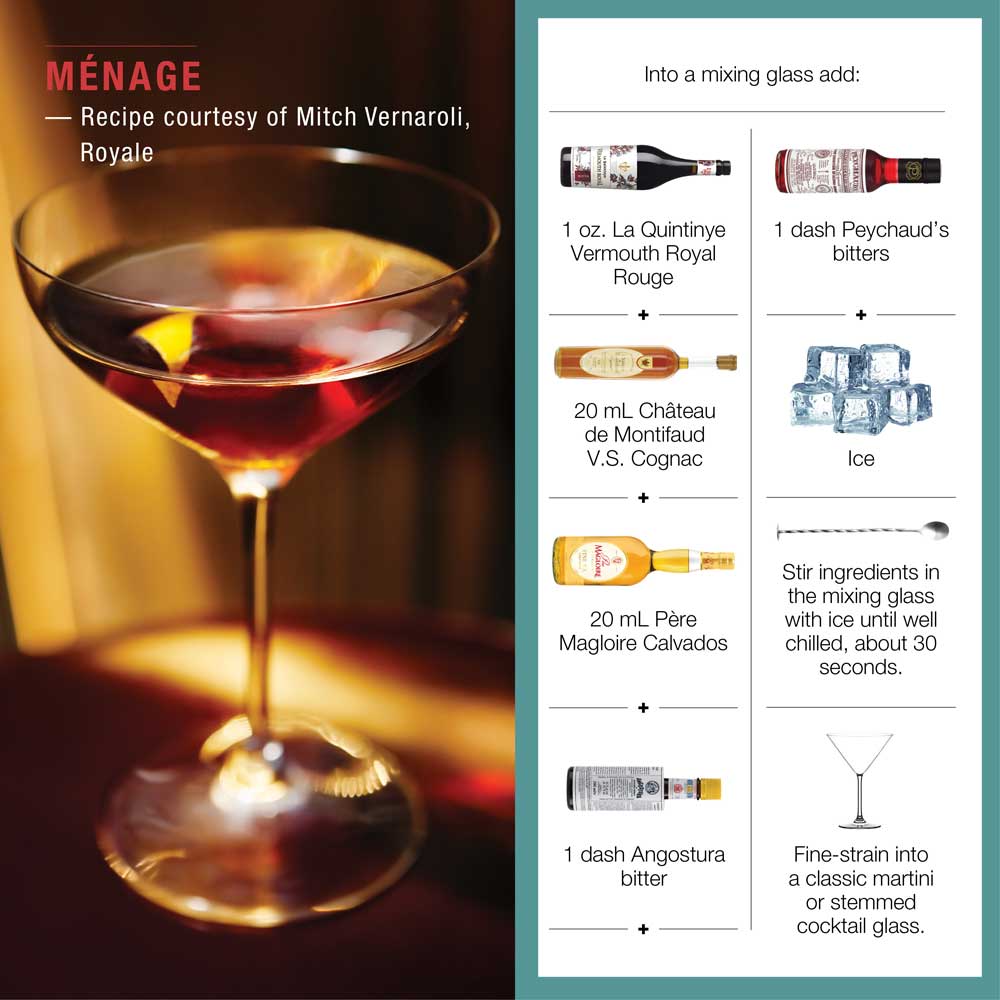