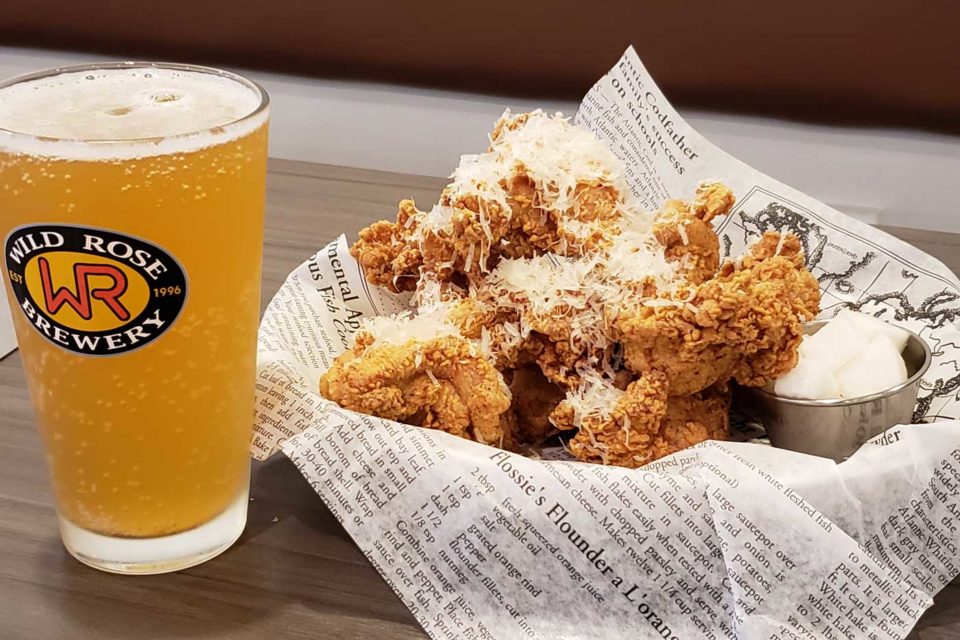 Korean fried chicken (or KFC) is a dish that’s been popping up at more and more Calgary restaurants, and we’ve been literally eating it up because battered and deep fried chicken is objectively delicious. But while K(orean)FC may not look all that different from K(entucky)FC at first glance, there are several things about Korean fried chicken that makes it unique.

One of the city’s best examples of Korean fried chicken can be found at Han Maru, an excellent Korean restaurant in Midnapore that is run by chef Joung Rae Kim. Kim has several different flavours of fried chicken on his menu, and none of them taste like anything made by a Southern colonel. The difference between Korean and American fried chicken is all in the crust — namely, Korean chicken has a crispier and less greasy skin. The breading is lighter and, if done right, almost paper-thin.

Kim batters his chicken is a secret blend of five different kinds of flour, as well as some spices like cayenne and garlic, made wet with buttermilk. Korean fried chicken is often double fried, but with his batter recipe, Kim found that one quick dip in the fryer gave him the best results.

Of course, the chicken is a vehicle for a variety of different flavours. Kim prides himself on never using premade sauces or anything containing MSG.

“I make sure that I know what is in my chicken batter and sauces so I can honestly tell the customer what they’re eating,” he says. “We’re making everything in house.”

Han Maru offers a basic house variety, sweet chili, and soy garlic chicken, but one of his most popular varieties has turned out to be chicken dressed with grana padano (a hard cheese similar to Parmesan) and truffle oil. This is not even remotely related to traditional Korean food, but Kim tried the combo at the request of his cheese-loving children. The saltiness of the cheese and added punch of the truffle oil just worked with the fattiness of the chicken. He’s also working on a new flavour with gochujang, but hasn’t yet come up with a name for it.

The Korean fried chicken at Han Maru starts at $13.95 for a half chicken and goes up to $29.95 for a whole chicken, with prices varying for each flavour.