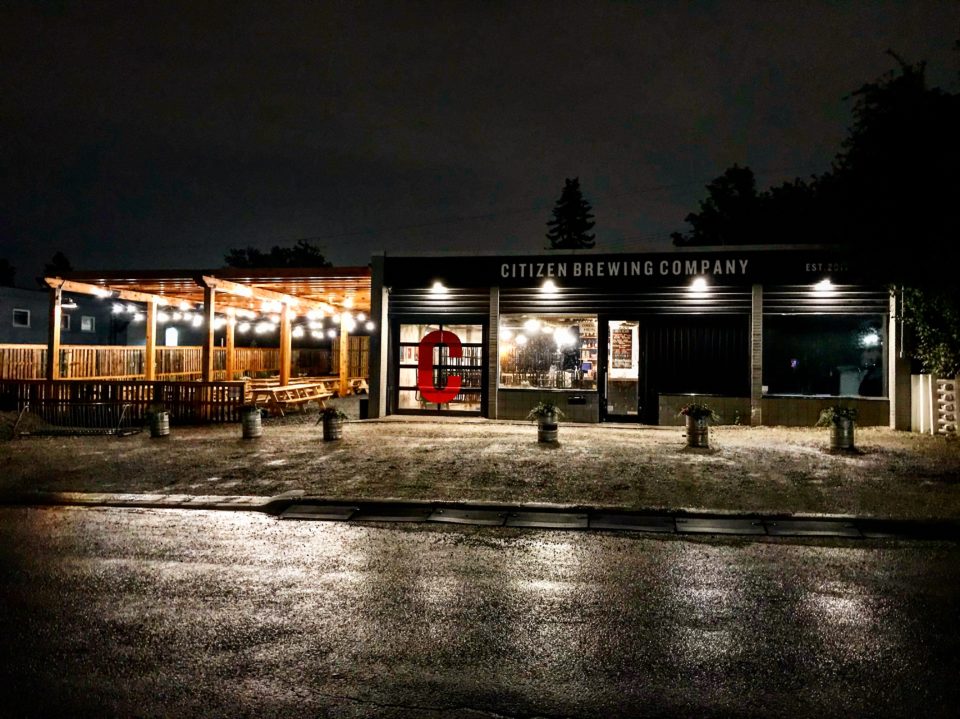 The vibe: Citizen has a cozy indoor taproom but most of the space is taken up by a natural-floored patio, lending a backyard barbecue meets tailgate-party vibe to the space.

Most popular and must-try beer: Citizen ownership says it’s a toss-up in popularity between two of its original beers: the Batch One Session Ale and Batch Two North West Pale Ale. As for a must-try, it’s hard to beat the grapefruit radler on a hot summer day.

Food: The shipping container kitchen offers next-level pub food, including one of the finest burgers in the city and a hot chicken sandwich that just doesn’t quit.

Recent awards: Citizen received the silver prize in the IPA category of the 2020 Alberta Beer Awards for its Royal Pine WCIPA.

Things you should know: At press time, the brewery is seating its patio only. You can also check out Citizen’s in-house beer delivery and takeout service or food delivery on DoorDash.

Calgarians visiting Citizen Brewing Company, located on a northeast industrial strip, love to hang on the brewery’s 150-seat patio where dogs are welcome and live music is common. There’s ample parking and little traffic in the area, which is partly why Citizen calls itself “Calgary’s hidden beer oasis.”

The approach to beer here is crowd-friendly, meant to be enjoyed over an afternoon with pals and paired with the casual but thoughtfully prepared food offerings. You won’t find a quintuple IPA or a beer so sour it gives you lockjaw, instead it’s more about the sociable core taps that complement some of the bolder flavours in the food. It’s hotly contested whether the Citizen burger or the highly customizable chicken sandwich rules the roost, but vegan and gluten-free diners can also find something crave-worthy on the menu. Citizen lives up to its name and offers a little something for everyone.