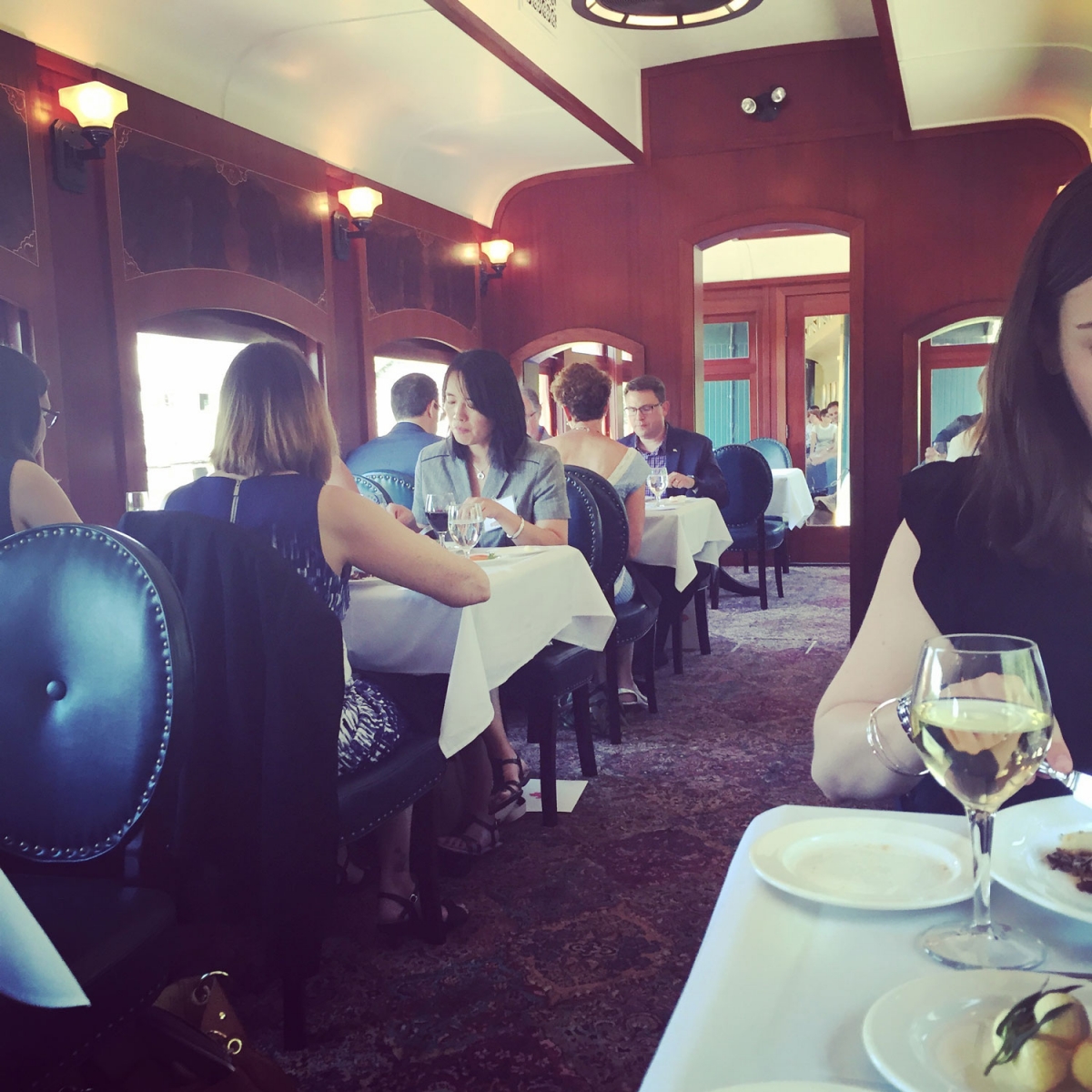 Sure there are the gingerbread cookies, haunted houses and an old-timey midway, but if we had to distill the 127 acre park into one defining attraction, it would be the steam locomotive. It circles the park, whistle blowing, warning bells clanging, children clamouring to get on. This year it is a little bit longer with the addition of the River Forth dining car.

The car is a restored 1929 observation car purchased in 2011 by Heritage Park from the Canadian Pacific Railway for $1. Heritage Park restored the rusty, rundown mess, taking it from the brink of scrap metal and turning it into a 36-seat moving restaurant.

This particular car began as one of 15 solarium parlours built by CPR in the 1920s – think fancy travelers lounging on leather seats surrounded by black walnut walls as they watch the country roll by. The River Forth was one of only a handful of that batch of cars that kept rolling through the Depression. In the 1940s, it was converted to a sleeping car. In the 1950s, it switched to a passenger car. By the 1960s, it was a business car and then a working car in the rail yard before being released fom service in 2004.

After Heritage Park purchased it in 2011, they spent four years cleaning it, upgrading the kitchen, replacing the wood inlay and shining the tiles. They added extra wheels so it could make the tight turns the along the Park’s track.

Now, after a slightly steep climb up a few steps to get aboard, and a short walk down a narrow hall leading past the kitchen, you’ll find yourself in the River Forth dining area with four-seat tables on one side and two-seat tables on the other.

The car is available for private evening events and starting on July 14, Tuesday lunch.