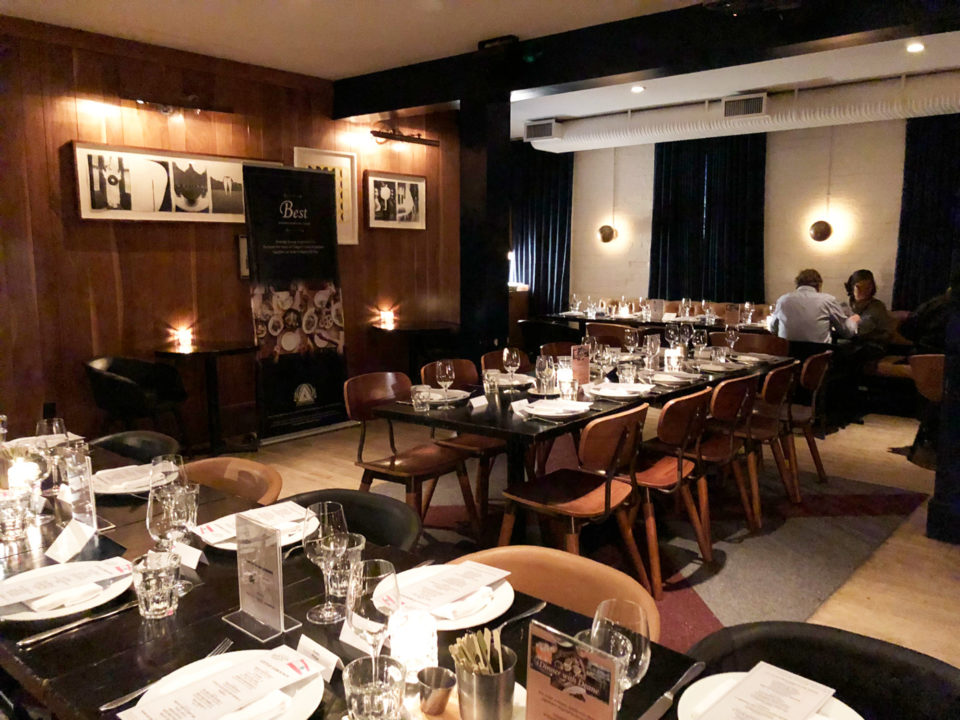 The evening was particularly momentous because chef Justin Leboe, the owner of Model Milk and Pigeonhole, had already announced that he was moving on from the restaurants at the end of January, and this was one of his final nights at the restaurant. Guests got to hear from him one last time before tucking into the family-style dinner prepared by him and his team.

Here’s a Look at the Model Milk Dinner

The third course featured baharat roasted short ribs with potato laffa and Persian eggplant, as well as house-made falafel with a shallot labneh.