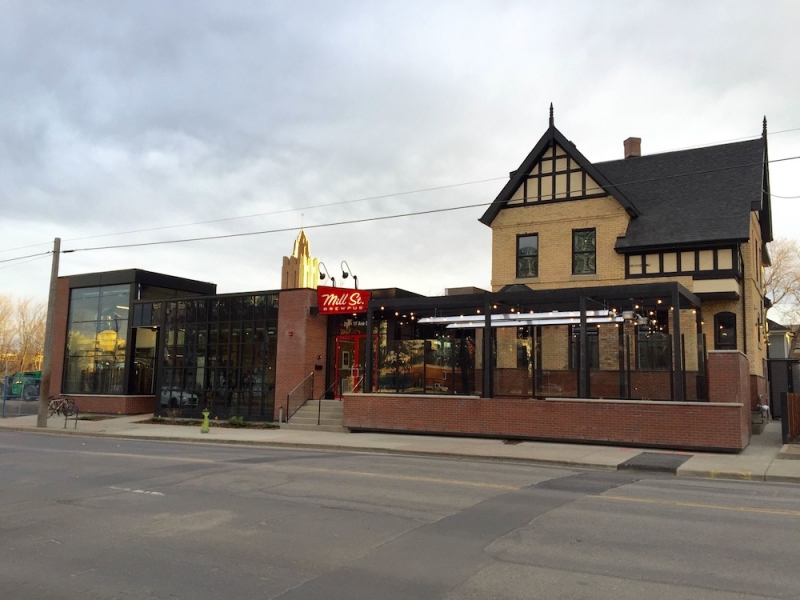 This is the first Western Canadian location for the Toronto-based brewery, which has set up shop in the historic Costigan House on 17 Ave. S.W. The house has a storied past that dates back to 1893, and has served as the home of the first crown prosecutor in Calgary, a former editor of The Albertan and famed mountie Sir Samuel Benfield Steele over the years. More recently, the space was the site of local night clubs like the Republik and Tequila Nightclub.

And now, it’s the home of Mill Street’s Calgary brew pub. Inside the building, guests will find the in-house brewery, a beer hall, a sit-down restaurant area and a retail shop. There’s also a patio on the front of the building. The beer hall has large windows that look into the brewery, but diners who want a closer look can go on one of the daily brewery tours that begin at 4 p.m.

Naturally, the brew pub offers an impressive selection of craft beers. Along with well-known Mill Street classics like the Cobblestone Stout, Original Organic Lager and Tankhouse Ale, Calgary’s head brewer Bennie Dingemanse will also be coming up with a selection of rotating, made-in-house beers that are only available here. At the time of the grand opening, some of the new brews included a Chuck Wagon Wheat Hefeweizen, Twin Tips Double IPA and Base Camp Stout (a chalkboard in the beer hall let’s you know which new beers are available on tap and which are currently being brewed in the tanks).

Not to be outdone by the beer offerings, the brew pub’s food menu is also impressive thanks to a partnership between Mill Street and Calgary’s Creative Restaurants Group, which has brought the city other restaurants like Bonterra Trattoria, Cibo, Posto Pizzeria & Bar and more. Expect to see dishes like short rib mac and cheese, elk chili, calamari and Cobblestone Stout Nanaimo bars on the menu.