In France, restaurants tend to adhere to the cuisine of only their area. In Calgary, however, French restaurant menus typically include a range of dishes from different regions and feature a variety of styles all in the same space, allowing you to do a culinary Tour de France of your own choosing. 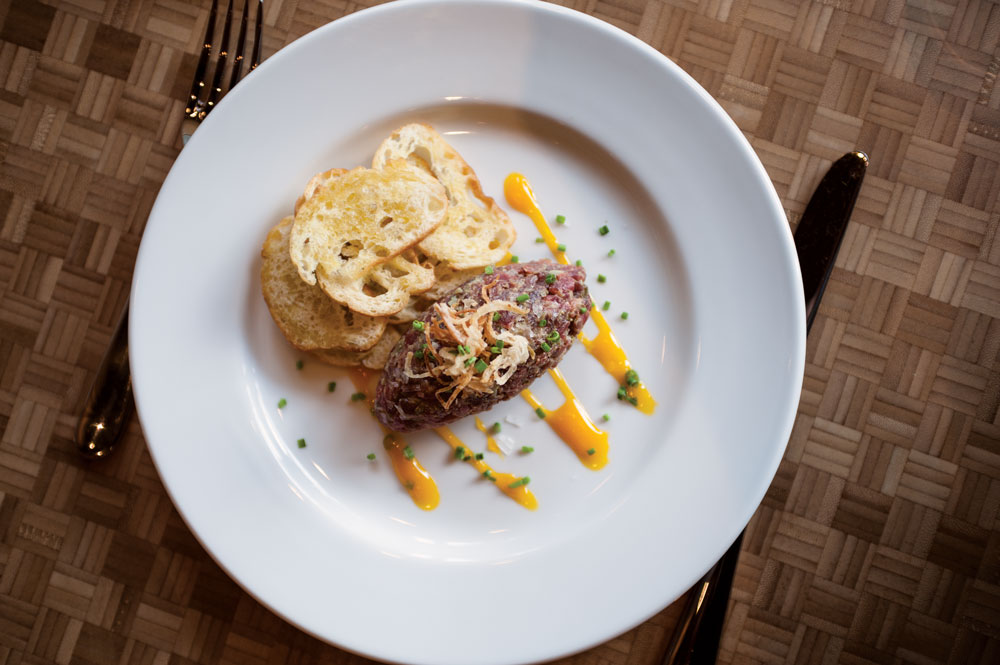 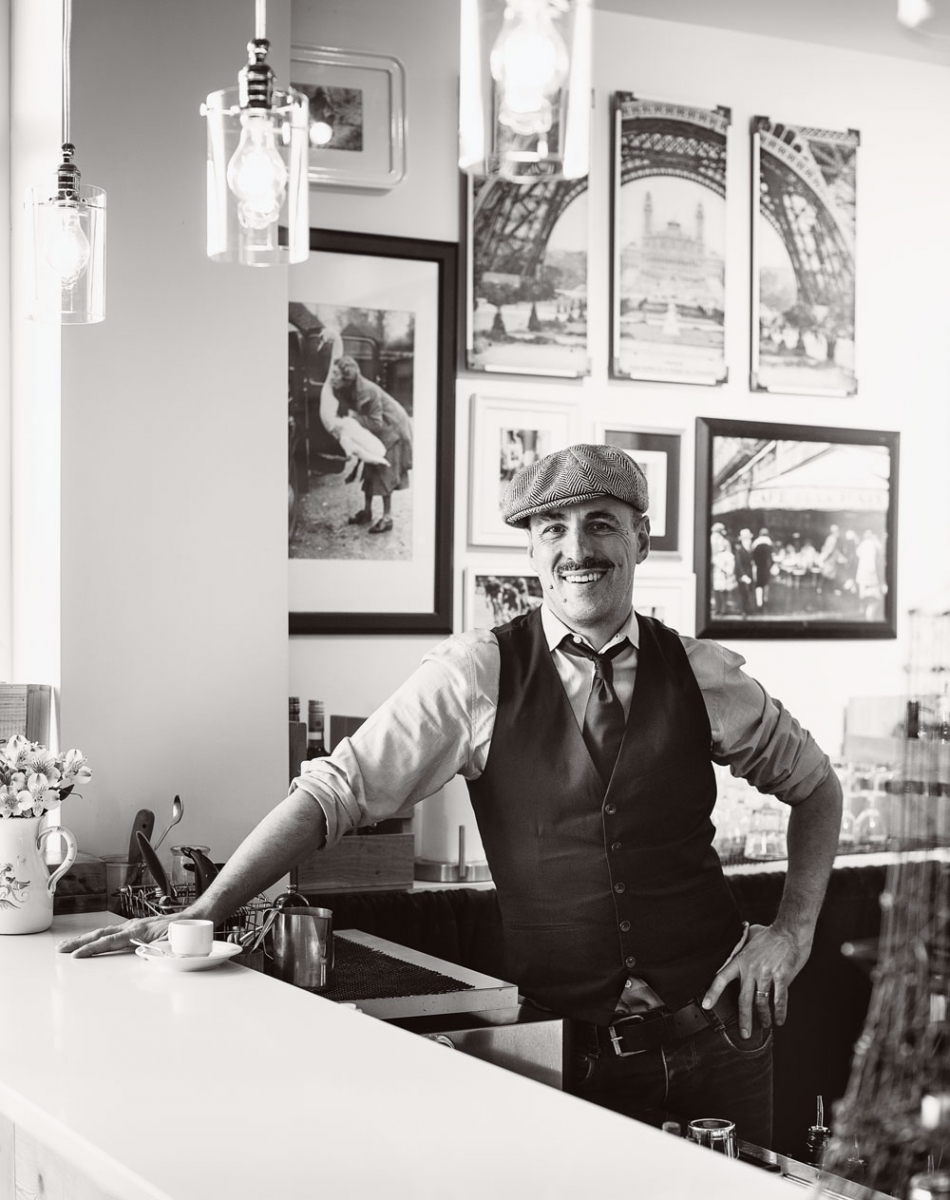 This cozy bistro specializes in the southern French dishes that owner-operator Gilles Brassart grew up with in Aix-en-Provence. Chef Stephanie Bayer even travelled to France to visit with Brassart’s mother, who helped her perfect secret family recipes like soupe au pistou Provencale (vegetable soup from Provence). 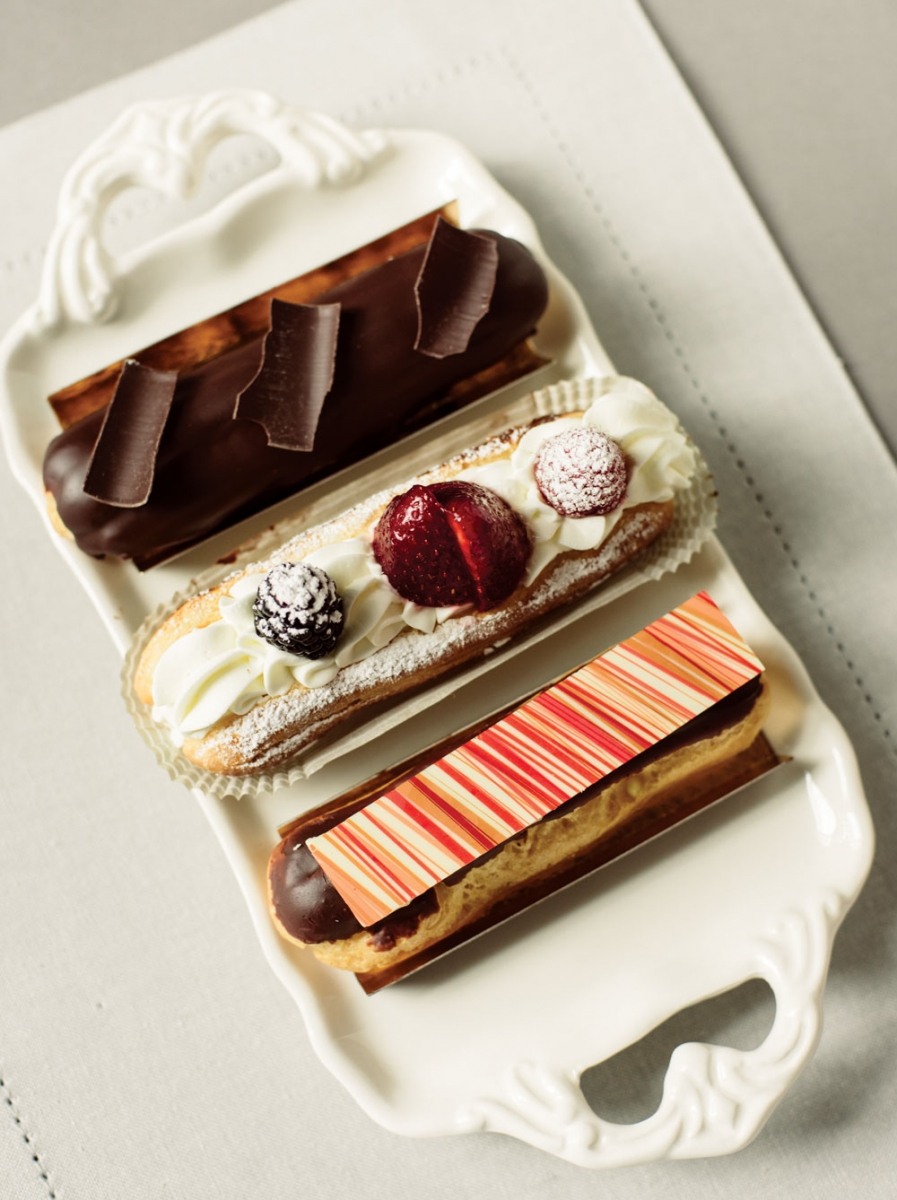 Tucked away in a northwest strip mall, Eclair de Lune doesn’t look like much from the outside, but it offers a number of spectacularly authentic French pastries. The eclairs and petit fours are appropriately fussy, and the bakery counter also features quiches and savoury croissants for takeout or to lunch on in the adjoining cafe. 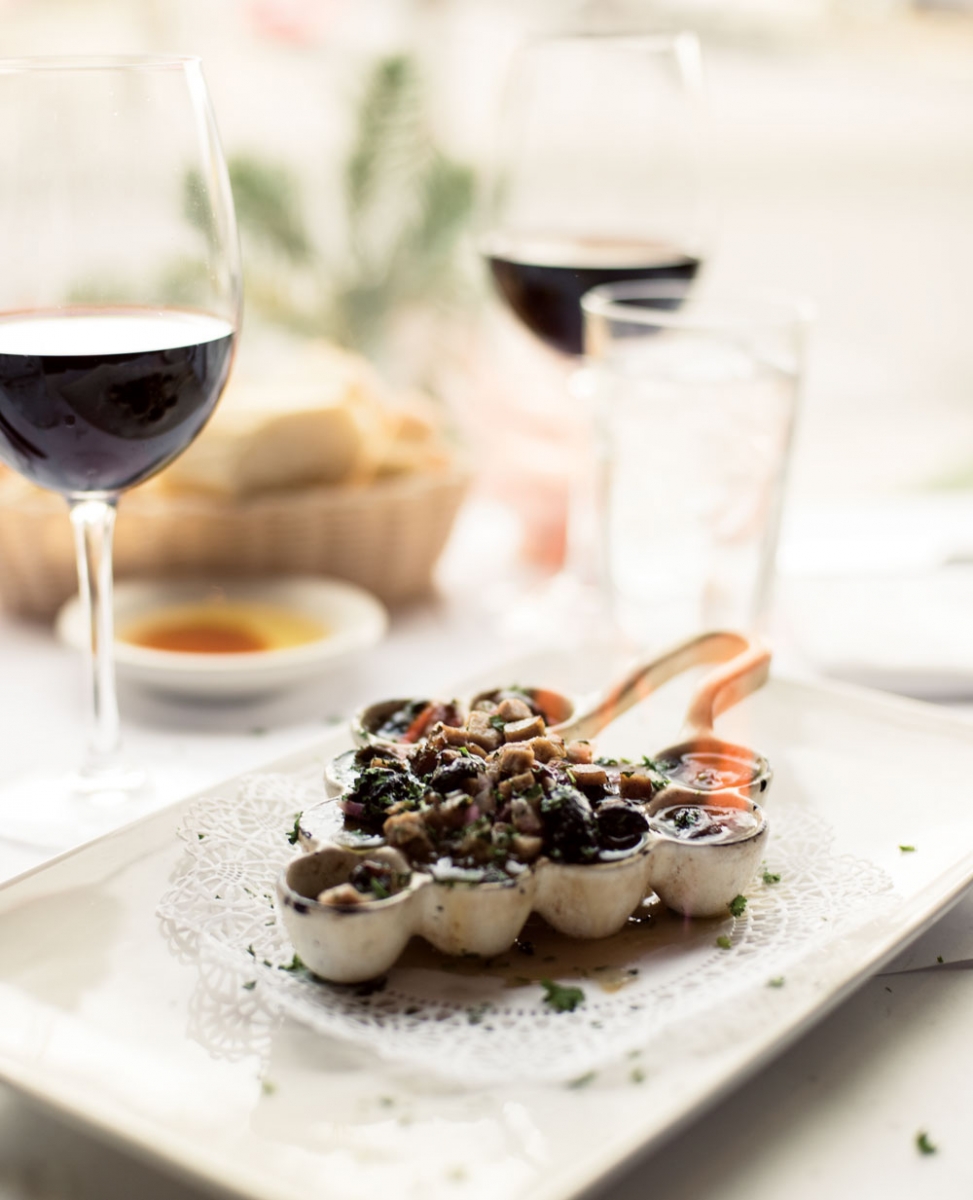 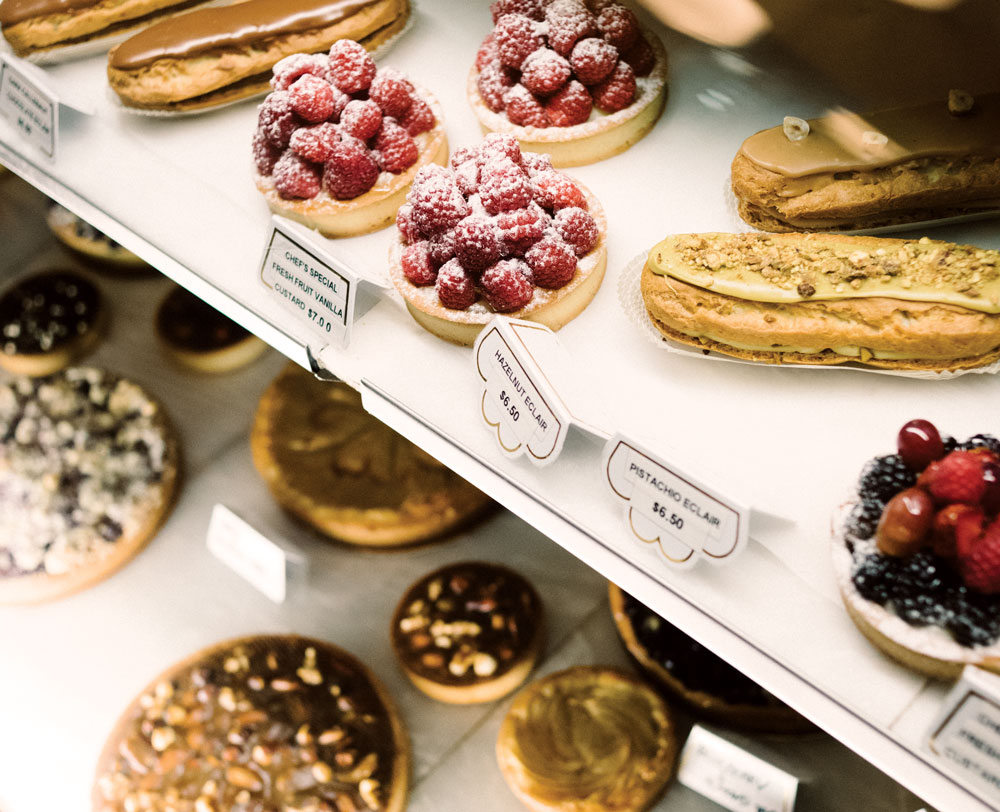 More than just a French bread shop, La Boulangerie’s all-butter pastries (think kouign-amann, cannels, tarts, eclairs, profiteroles and macarons) are among the best in the city. The shop serves lunchtime meals, too: sandwiches on fresh-baked baguettes and croissants, plus tasty crepes, soups and stews. 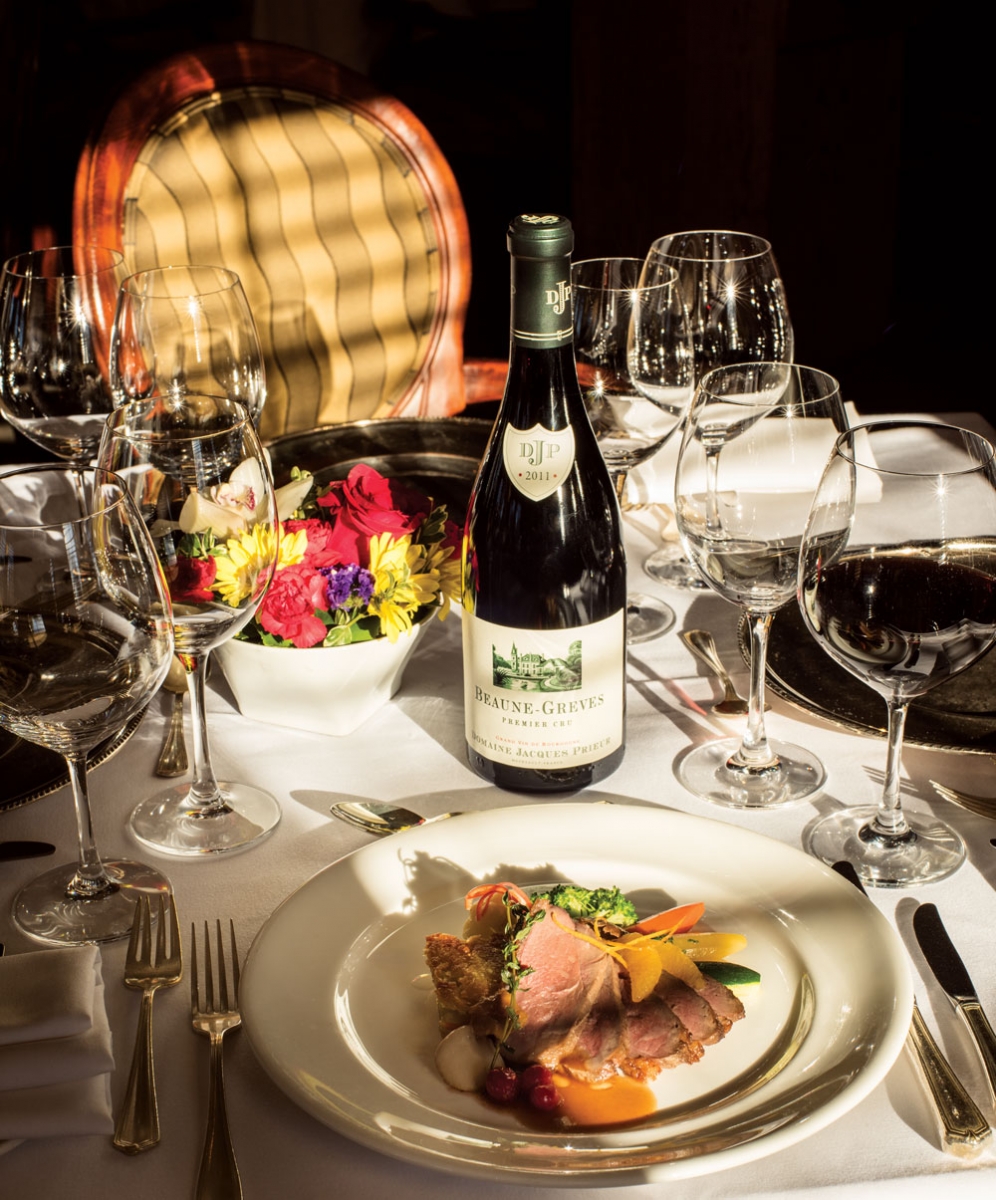 The grande dame of Calgary’s fine-dining scene, La Chaumiere has stood on 17th Avenue S.W. for decades and remains the place to go for fancy old-school French dining. The menu is full of tartares, sweetbreads, duck and souffles for a classic white-tablecloth French culinary experience. 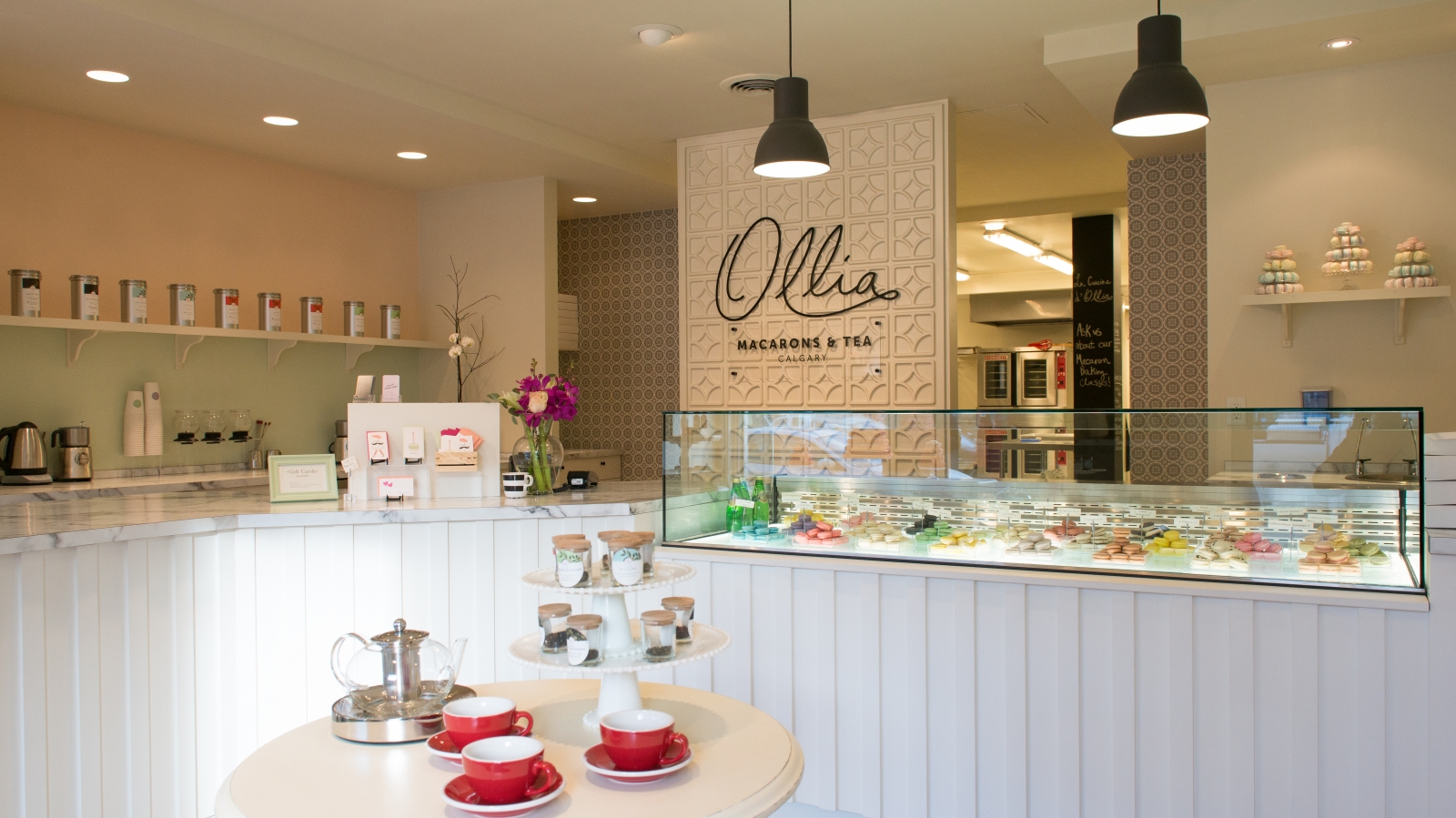 Inside Ollia Macarons and Tea.

Ollia’s focus is firmly on the much-celebrated macaron. Co-owner David Rousseau is from Brittany, the birthplace of salted caramel, which is one of Ollia’s most popular fillings. All the macarons are made with traditional French techniques, which die-hards can learn themselves at one of Ollia’s baking classes. 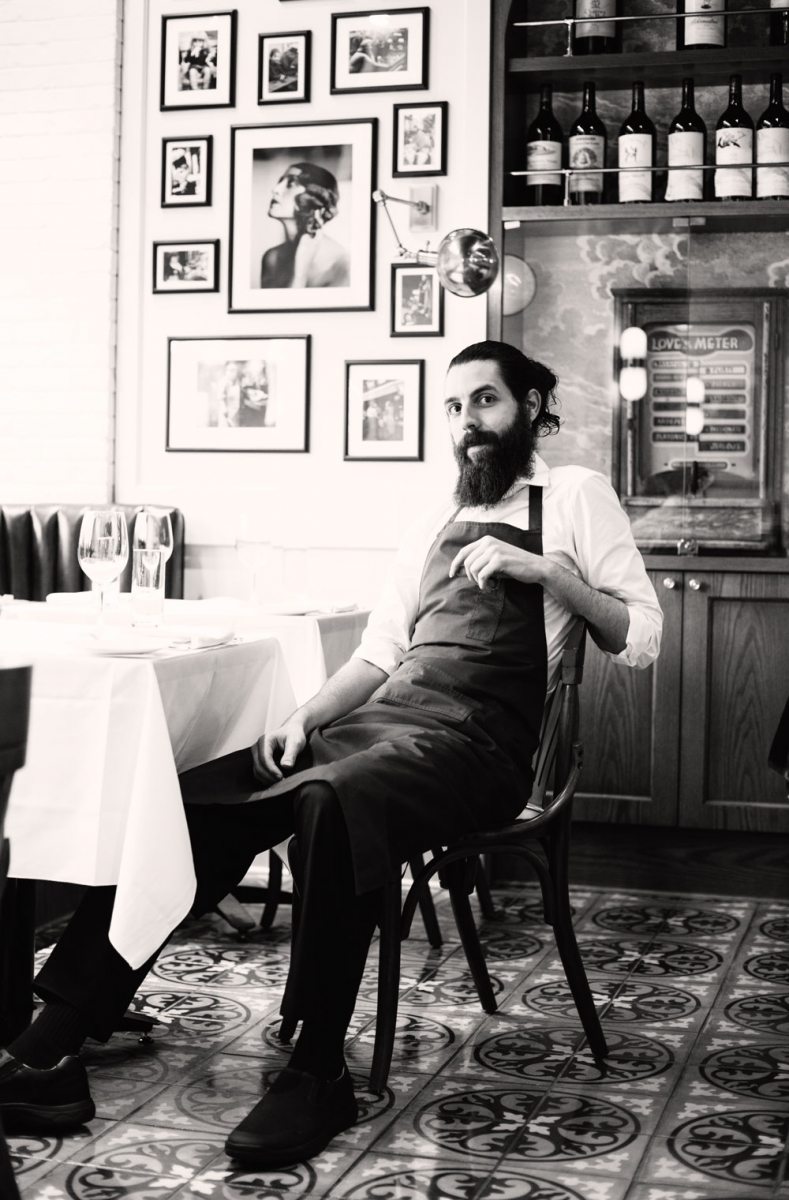 Though his native Brittany is near to chef Dominique Moussu’s heart, the lively Royale Brasserie touches on a range of French cuisines. The kitchen aims for substance over style with classic menu items such as baked mussels (as well as steamed moules frites), rabbit terrine, and a beautiful cte de boeuf for two.

Focusing on Breton cuisine, sweet crepes and savoury buckwheat galettes – stuffed with anything from seared scallops to merguez sausages – dominate the menu at Suzette. The galettes (a rarity in Calgary) are the must-try here, but the restaurant also does a great moules frites and, oddly enough, one of the city’s best mac ‘n’ cheeses.