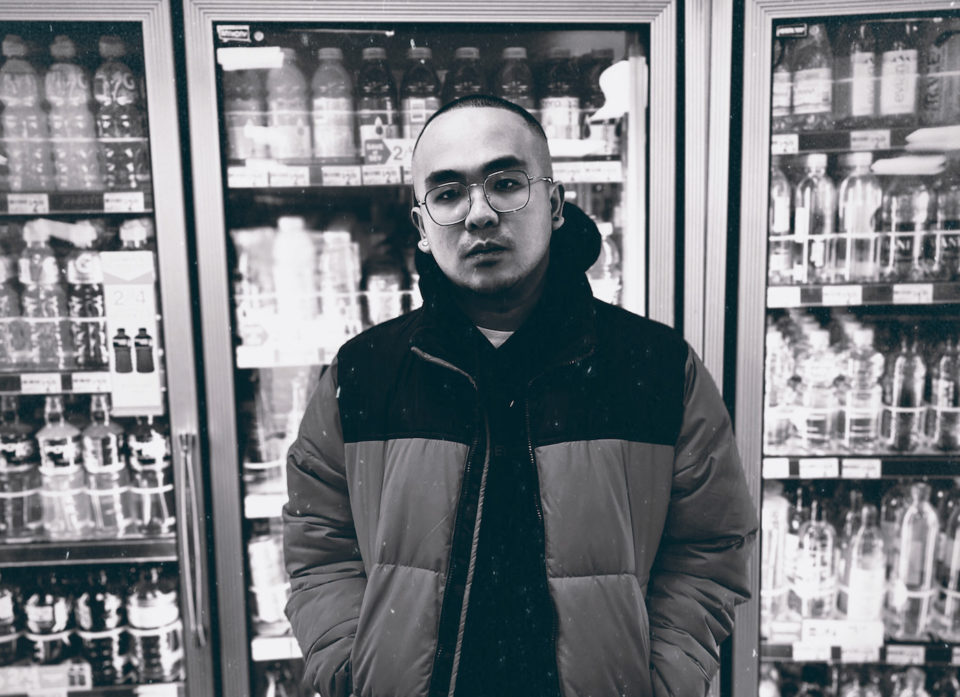 Calgary rapper Lyrique is one of many local acts who could use your support right now. Photograph by Kristin Wilson.

Imagine going through a global health crisis without music there to soothe or heighten your emotions. It would suck, right? That’s why right now, if you can, you should put a few bucks in our local musicians’ pockets. Following a first go on March 20, streaming-and-purchase platform Bandcamp is once again waiving its commission fees for sales on digital music, physical albums and merch on Friday, May 1. (The offer lasts the entire day but is in Pacific time.)

Read on to see the 10 artists we’ve compiled, and consider checking in with your musician friends today — many of them have lost paid live gigs they rely on to get by.

This “pop-punk-neo-jazz-fusion soul” band led by enigmatic frontman Taylor Cochrane is one of several Calgary acts who were meant to play Treefort Music Festival in Boise, Idaho in March. Thankfully, Treefort has been rescheduled for September, but 36? was also forced to cancel tour dates scheduled around the festival’s original dates.

The band’s most recent album, 2019’s Milk Mountain, is a confessional offering recorded at Banff Centre. Purchase it on Bandcamp via the band’s record label, File Under: Music.

Art-pop singer-songwriter Laura Hickli had more than 60 international tour dates in the works before the COVID-19 epidemic threw them out the window.  This was part of an effort to ramp up attention for a new single called “Listen” that came out in April and an album planned for after that, both of which were recorded during a residency at Banff Centre.

You can show your support by buying “Listen” or her debut album Flowstate on her Bandcamp page.

Edward Que, a.k.a. rapper Lyrique (pictured in main image), was supposed to perform his first-ever hometown show in Baguio City, Philippines, on March 28. Though he did make it from Calgary to Baguio before travel restrictions were imposed, public health concerns rightfully took precedent and the free show was cancelled. Que is now safely home in Calgary and hopes to reschedule some day soon.

His most recent release at deadline is the EP BLANK, but Que says more surprises will be uploaded by the time you read this. Check him out now on the official Lyrique Bandcamp page.

Hot on the heels of her Project Wild win, country singer-songwriter Mariel Buckley was looking forward to a substantial Canadian tour alongside Del Barber. By now, you can probably imagine what happened next. Buckley shared that she’s confident she’ll get to reschedule, but working musicians rely on regular gigs to cover life expenses — just like any other job.

Her latest album, 2018’s Driving in the Dark, is available on vinyl, CD or digital on her Bandcamp page.

Places that post-punk band Port Juvee was scheduled to perform on its world tour include: Austin, New York City, Boise (at Treefort, which has been rescheduled) and around the U.K. Not only does the band lose income for the gigs, it also foregoes the intangible value of playing in front of far-flung new fans that may have gone on to support the band for years to come — not to mention the industry types at showcase dates.

Port Juvee has received some impressive press for an album released in February called MOTION CONTROL. Get a digital copy now over on the group’s Bandcamp page.

Techno duo Rebug (comprised of Mark Adam and Mary Cleland a.k.a. Trigger Warning, who both have solo releases for sale on Bandcamp) was supposed to perform a release show for its debut tape on March 28. This was also meant to be the launch of a new record label called Telaesthesia which the two had hopes would be a vehicle to build community around techno in Calgary.

The tape was released online on March 28, and you order it on May 1 to support the act while Bandcamp is feeling generous. Head to the Telaesthesia Bandcamp page to do so.

Indie-rock/post-punk act Sunglaciers received much acclaim for its 2019 album Foreign Bodies. So much so that it was able to book both a UK-European tour and a tour of Eastern Canada. All this has been postponed due to the public health concerns surrounding COVID-19.

Find out why Foreign Bodies placed in CJSW’s top five albums of 2019 by picking up either the vinyl or digital download on Sunglaciers’ Bandcamp page.

Members of the rock-and-soul powerhouse The Torchettes rely on live shows and other gig-economy work to pay the rent. Right now, they can’t work any of these.

If you haven’t seen them play live, rejoice! Their most recent release is a live album recorded at Calgary’s Palace Theatre. You can buy it right now on their Bandcamp page.

Grindcore (a fusion of metal and hardcore punk) band Wake has a new album called Devouring Ruin that was released on March 27. The group had planned to play locally and tour the U.S. but those plans have been put on hold.

Nevertheless, Devouring Ruin is available digitally on Wake’s Bandcamp page now. If you like things heavy, this is one for you.

Stoner-rock band Woodhawk’s 26-date Canadian tour in support of last year’s Violent Nature has been put on ice. It was scheduled to run from March 26 to May 23 but that will no longer be possible due to COVID-19.

Violent Nature is still very much for sale on Woodhawk’s Bandcamp page.