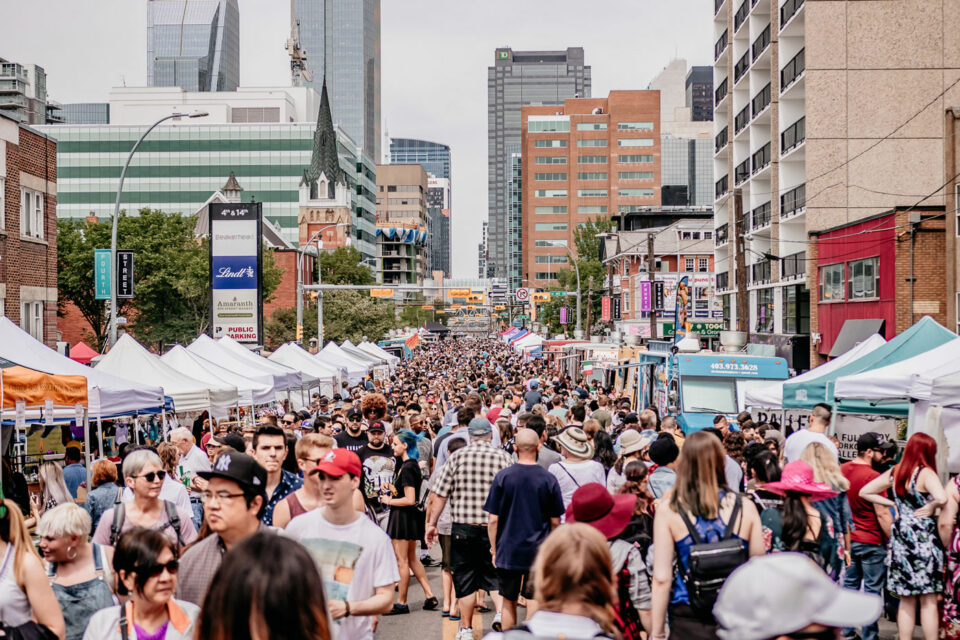 Summer is fast approaching, and what better way to usher in the warmest time of year than by attending a festival or two? From the iconic Sled Island Music & Arts Festival to the debut of Calgary’s first Great Outdoors Comedy Festival, there’s a festival to suit just about every taste.

Here are a few of the ones you can check out this month.

Stretching for several blocks along 4th Street S.W., Lilac Festival is an annual, one-day event that celebrates the beginning of Calgary’s festival and market season, as well as the blooming of the area’s lilac bushes. Known as one of the city’s best free festivals, the Lilac Festival hosts more than 500 vendors selling locally handmade goods, imported wares, artisan crafts, food and more. It also features a variety of dance, music and cultural performances throughout the day, with more than 30 performers showcasing their talents on one of six stages.

With an aim to connect Albertans to the province’s rich western heritage, Way Out West Festival celebrates the culture of the West through a variety of events. Along with hands-on workshops (such as leathercrafting, silversmithing and western photography), the festival also features musical performances, an art auction and a curated market.

Sled Island Music & Arts Festival is a one-of-a-kind event that takes place in Calgary over five days every June. Since 2007, this festival has been bringing the community together by showcasing the talents of more than 300 bands, emerging visual artists, filmmakers and comedians. Although the best way to experience Sled Island is by purchasing a festival pass, a limited number of day passes and single tickets to select shows are also available.

The Great Outdoors Comedy Festival, which debuted in Edmonton last summer, has expanded to Calgary this year. Taking place in Prince’s Island Park, the Calgary version of the festival will feature comedy legends Bill Burr and David Spade among its headlining acts, as well as a variety of local comedians. There will be food trucks on-site, and attendees will also be able to order drinks and merchandise delivered right to their table.