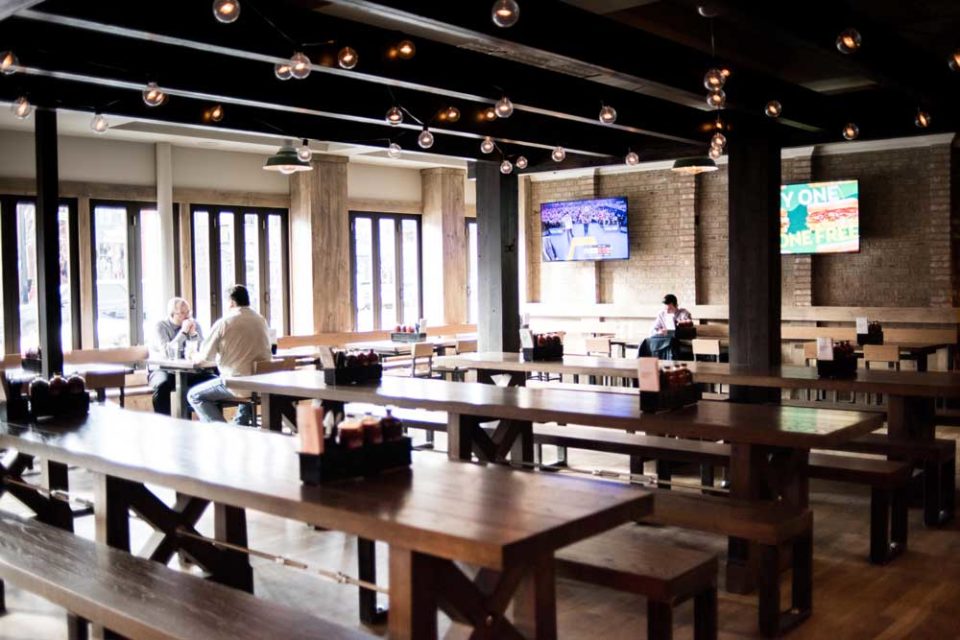 Those of us who grew up in Calgary may remember the Kensington of the ’80s and ’90s – the NW neighbourhood (or more accurately, the commercial district that encompasses parts of both Sunnyside and Hillhurst) was then known for its quirky coffee shops, consignment clothing boutiques and the scent of incense wafting out of shops that sold crystals and new age books. In recent years, however, Kensington has experienced a bit of a renaissance, particularly when it comes to restaurants, making it a foodie destination that rivals Inglewood and Mission on the other side of the Bow.

Kensington has always had restaurants, bars and cafs – spots like the Kensington Pub, Higher Ground and Niko’s Bistro have been there for ages, but over the last few years it’s seen an explosion of new places, with Modern Steak, Oxbow, Cotto, Burger 320, Hayden Block Smoke & Whiskey, Container Bar, PRLR, and many others attracting locals as well as visitors from other quadrants of the city.

Stephen Deere, who started as a Kensington restaurateur five years ago when he bought Muse on 10A Street, which he’s since transformed into Modern Steak, says that he’s definitely noticed an evolution since he started doing business in Kensington.

“There’s so much going on here – people have the ability to do a little restaurant hop or just check out different places at night,” Deere says. “Everything is different and kind of boutique and chef-driven. Kensington isn’t about chains and generic restaurants, there are some real concepts in here.”

Part of Kensington’s energy is in thanks to an active BRZ that regularly hosts community events like screenings at the Plaza Theatre or last summer’s Harry Potter celebration (which is returning in 2017). To help bolster the already thriving food scene in Kensington, this week the BRZ is holding their first Kensington Foodie Festival, with events taking place June 7 to 11 at participating eateries. Food enthusiasts can learn about spices at Cuisine et Chateau, make tea cocktails at the Naked Leaf, enjoy a lunch at Oxbow created from ingredients sourced right in Kensington, taste cheese from the Kensington-based Peasant Cheese at Wine Bar Kensington, drink craft beer at a Last Best “takeover” at Container Bar, and meet the bull that Modern Steak has purchased to sire calves that will be raised specifically for the restaurant.

It’s a full slate of events designed both for the home cook and the curious restaurant eater (and food lovers that overlap into both categories), with restaurants and shops working together to be seen as a “scene” rather than a collection of restaurants that just happen to be on the same couple of streets.

“We all eat in each other’s restaurants – we all share. We’re not competitive and we all recommend each other,” Deere says. “We all understand how important it is for there to be a critical mass. And that’s why we like doing things like this Foodie Festival – everyone steps up and it’s good for all of us.”

For more information on the events happening as part as the Kensington Foodie Festival and ticket information for individual workshops and meals, visit visitkensington.com.