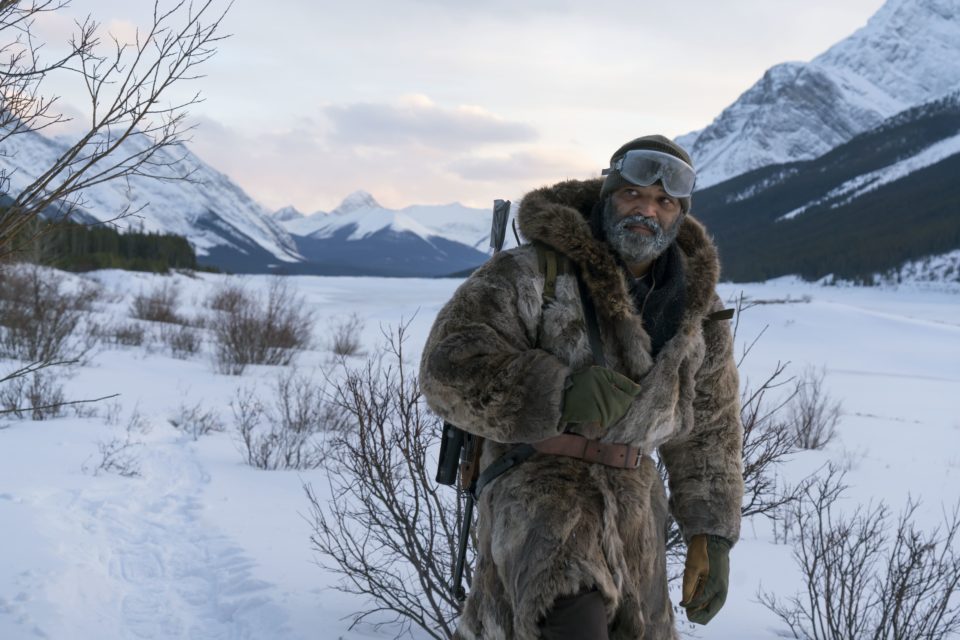 Film still from Hold the Dark courtesy of Netflix.

This story was part of Avenue Calgary’s Weekender newsletter. For more activities, events and ideas to keep you entertained a safe distance, sign up here.

Netflix has so many options that it can be hard to choose what to watch. Our advice? Check out some films and series that were filmed in and around Calgary. We’ve outlined some primo options below, but first we have a suggestion for those who are social distancing or self quarantining: check out Netflix Party.

The Google Chrome extension is available for free right here. All you need to do is install it and then use your Chrome browser to fire up Netflix. A sidebar will appear on the righthand side of the screen with a chat box and invitation code. Send the code to friends (who will also need to add the Netflix Party extension and use Chrome for viewing) and it will sync up your stream and allow you to chat in your browser. While the only one we tested was Netflix Party, Nerdist has compiled a comparison of other stream-syncing services here.

This Netflix original series is a high-adrenaline show about strangers coming together during the onset of a zombie apocalypse. Set in the same universe as Z-Nation, one season is currently up for streaming while a second has been ordered but delayed due to COVID-19. Filming locations include Beiseker, Irricana and Calgary, the latter of which featuring locations like the Calgary Tower, McMahon Stadium and Queen Elizabeth High School.

NBCUniversal and Netflix worked with local production company Seven24 Films for this gritty drama series set in the American Heartland during the 1930s. Damnation focuses on a mysterious stranger who poses as a priest while leading the charge for organized labour to bloody results. In episode five there’s a memorable carnival set brought to life in Okotoks that features local background actors.

This FX anthology series loosely adapted from the Coen Brothers’ 1996 hit film is one of the most famous television productions to be shot in and around Calgary. Each season features a fresh set of characters plagued by mystery and violence in the American Midwest. The first three seasons are streaming now and all feature Calgary. The show’s forthcoming fourth season will be the first one not to be shot in the city. The Calgary Herald wrote about some of the first season’s shooting locations.

The first 12 seasons of Canada’s longest-running one-hour scripted drama are available to stream on Netflix. It’s hard to fathom that Calgarians are not aware of this CBC hit by now, but for the under-rock-dwellers out there, it’s a family drama set at a ranch and based upon a book series by Lauren Brooke. Filming for Heartland has taken place in studios and on location in High River, and in Calgary locations such as Inglewood  and Currie Barracks.

This AMC series is one of the channel’s most popular shows to date. Set in post-Civil War America, the western-style drama follows former Confederate soldier Cullen Bohannon who has nothing left to lose after the death of his family. Hell on Wheels ran five seasons from 2011 to 2016 and was mostly shot near Calgary. The cast and crew even shared our pain during the 2013 floods — its set between the Bow and Highwood rivers was compromised and production was temporarily stalled.

This star-studded sci-fi epic from the visionary Christopher Nolan features a short-but-prominent glimpse of Kananaskis. While debates about the film’s ambiguous ending may go on forever, one thing is for sure: Inception is one of the crown jewels of Alberta’s film-production history.

This reimagining of a reimagining shoots primarily in Vancouver but features Alberta in its second season, with Horseshoe Canyon standing in for a distant planet. The show follows the Robinson family as they embark on a voyage to another solar system following a catastrophic disaster on Earth. Of course, things don’t go quite as planned. A third (and final) season was announced on March 9, 2020.

Darren Maclean, the chef behind Shokunin, Greenfish, Nupo and Eight, was a finalist on this culinary-competition series. Watch him work his magic on the cuisines of Mexico, Spain, the U.K., Brazil, India, the United States, Italy, Japan and France. Avenida Food Hall — where Greenfish is located — is even pictured for a brief moment of the show.

Western horror series Wynonna Earp has been filming in and around Calgary since 2015. Based on a comic series of the same name, the show follows the titular Earp as she battles supernatural beings including the reincarnations of outlaws thwarted by great-great-grandfather, Wyatt Earp. Season four began filming earlier this year with Calgarian actor Andrew Phung joining the fray. Unfortunately, production is currently on hold due to COVID-19.