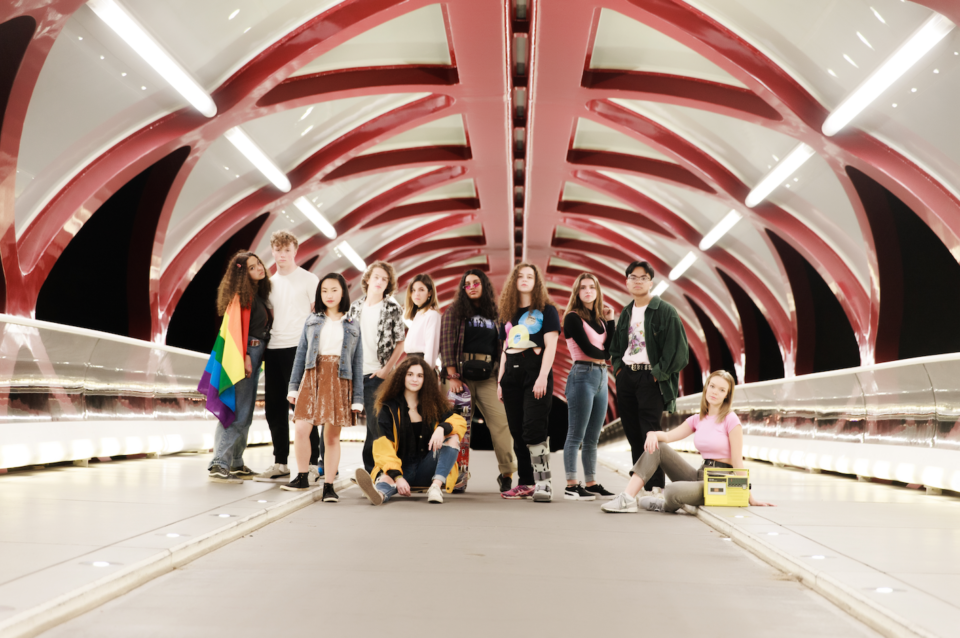 Western Canada High School students are performing a play of their own creation at One Yellow Rabbit’s High Performance Rodeo this month. It’s the first time the long- running theatre festival has featured a high-school production. Photograph by Sean Dennie.

Showcasing bold ideas is nothing new for One Yellow Rabbit’s High Performance Rodeo (HPR). But this year’s politically and environmentally charged Revolution or Slumber is a first for the festival, in that it’s a high-school production.

Revolution or Slumber, created by Western Canada High School students, not only depicts young people’s perspectives, it allows them to tell their stories themselves. “It gives us a direct line to where young people are at today,” says HPR festival producer (and member of Avenue’s Top 40 Under 40 class of 2019) Laurel Green. “This is a play made by young people, where they get to actually have their real voices heard in it and their real perspectives represented.”

Following initial casting last June, students were assigned summer-break tasks, learning about activists and change makers like Greta Thunberg, Buffy Sainte-Marie and Patti Smith. (The title of the show comes from Smith’s 2015 memoir M Train, which features the line: “Which is it going to be, revolution or slumber?”) From there, the students developed the narrative, a story of 12 teenagers who come together at a sleepover party with the joint objective of saving the world.

“They want to use their art as a way to inspire their generation,” says Gallichan-Lowe. “These guys are taking a really proactive stance just by the very act of making something.”

The creation and programming of Revolution or Slumber continues HPR’s Beautiful Young Students program, an initiative launched in 2016 to invite students to attend performances, meet performers and take part in dialogues with working artists. According to Brooker, however, the idea of having a high-school play in the Rodeo stems back to a performance he attended at Western Canada High School in 2013. “After I saw that, I always had in the back of my mind that we should have them at our festival,” says Brooker, who brought up the idea again to Gallichan-Lowe last spring. “It’s a different flavour. It’s a different piece of the spectrum of possibility in the world.”

Gallichan-Lowe says it’s also an incredible opportunity for her students. “It’s a total dream — it still doesn’t feel real,” she says. “These students are being given the opportunity to experience something on a scale that we couldn’t offer in school.”

This article appears in the January 2020 issue of Avenue Calgary.