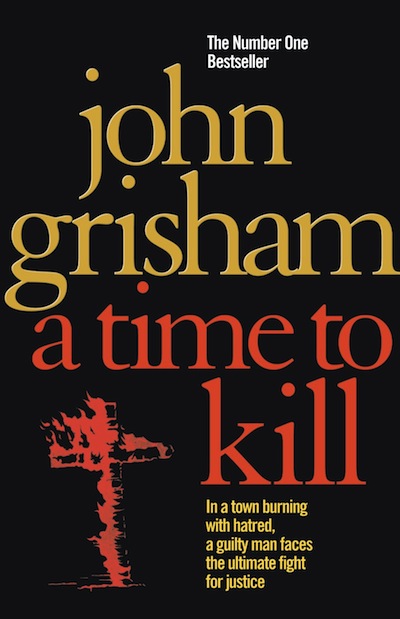 Vertigo Theatre announced Wednesday the appointment of Rose Brow as its incoming executive director for the 2014-15 season.

Brow is a graduate of the Mount Royal College technical theatre program and has worked locally with Theatre Calgary, the Banff Centre, Alberta Theatre Projects and Quest Theatre. Her new position at Vertigo also includes overseeing Y Stage, the arm of the organization that produces theatre for young audiences.

Since Vertigo Theatre is well known in this town for its mandate to develop, produce and present plays based in the mystery genre, we wondered what kind of mysteries might pique Brow’s curiousity. Here are her five favourite whodunnits:

Brow says she’s not a huge devourer of mystery and crime novels, but when she wants a good page-turner she turns to John Grisham’s legal suspense thrillers. The racially charged “A Time To Kill” is her favourite. “You’re on the edge of your seat the whole time,” she says. “It’s smart writing and it’s really intense.”

The classic short story about a killer driven mad by guilt never fails to get Brow’s own heart pounding. “It’s beautifully written,” she says. “Terrifying and exciting.”

The most recent TV treatment of Sir Arthur Conan Doyle’s famous detective has legions of fans and Brow counts herself among them. “It’s a contemporary-set series, telling today’s stories, not a period drama,” she says. “Benedict Cumberbatch is clever, smart and yummy.”

Just to be clear, we’re talking about the original “Pink Panther” movies from the 1960s and 1970s, starring the legendary Peter Sellers, not the recent Steve Martin remakes. “I remember these movies from my childhood,” Brow says. “It was my first introduction to the idea of using clues to solve a crime.”

The 1995 brain-bending whodunnit movie starring Gabriel Byrne and Kevin Spacey also makes Brow’s list. “I love that it’s the person you least expect,” she says. “It really kept me guessing until the end. When you can tell a story that cleverly, that’s really impressive.”