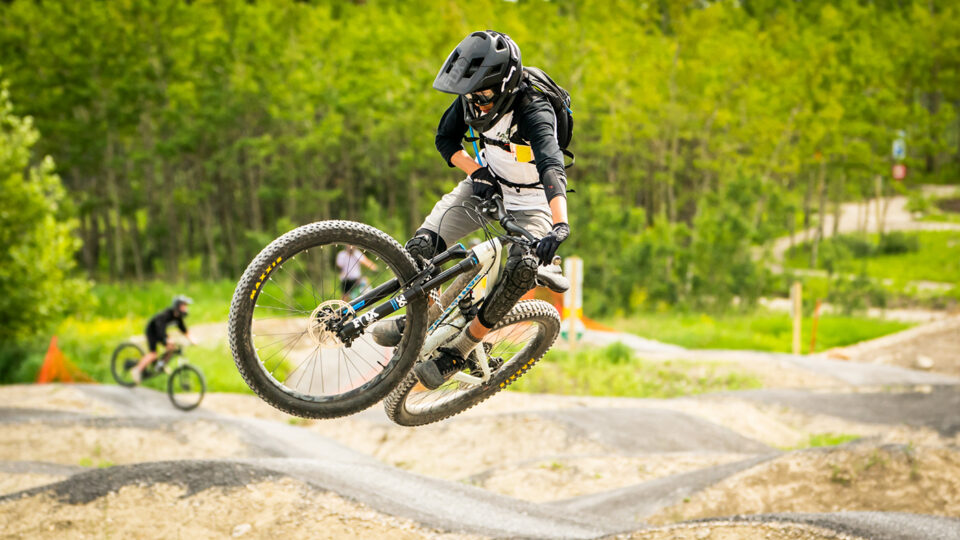 In addition to loads of terrain, WinSport offers mountain biking lessons for all ages and levels. Photograph courtesy of Winsport.

The site of the ’88 Winter Olympics is an unmissable landmark as you drive in or out of the city on the Trans-Canada Highway. But, if it’s been a while since you pulled in, now’s the time — it’s just as much of a summer destination as it is a winter one. A hub for mountain biking, WinSport has more than 20 kilometres of downhill trails, plus the Mountain Bike Skills Centre, featuring nine acres of terrain and 14 cross-country and flow trails. If mountain biking’s not your thing, you can still race down the hill at top speeds: Hop onto a luge cart for Downhill Karting, navigating more than 50 turns on the 1,800-metre track, or launch off the top of the iconic ski jump tower on one of three ziplines, reaching speeds of more than 100 km an hour.

Why you should go even if you’re not sporty: There’s an 18-hole minigolf course, which is decidedly less extreme. But if even that’s a stretch, grab a cold craft brew in the newly renovated EightyEight Bar & Grill on the second floor of the Frank King Day Lodge, or take a seat on the giant outdoor deck and soak up all the action from a comfortable distance.

See What Else is New at Local Attractions This Summer