Tucked into the foothills at the base of the Rocky  Mountains, the sister towns of Black Diamond and Turner Valley are just four kilometres apart on High- way 22 (a.k.a. the Cowboy Trail). The area has a proud history of coal mining, oil and gas production and ranching, and that is palpable whether you’re perusing the shops, galleries and restaurants in the well-preserved heritage buildings  or gazing out at the pristine rolling ranchlands surrounding what’s been fondly dubbed “Diamond Valley.”

What to do in Black Diamond and Turner Valley

Indulge your childhood dreams of earning your spurs as a cowboy by taking to the Rocky Mountains on horseback. From a two to three-hour guided trail ride to a four- or seven-day adventure ride, there’s no shortage of options. Open year-round for rides and cabin rentals, it’s a true Alberta vacation. 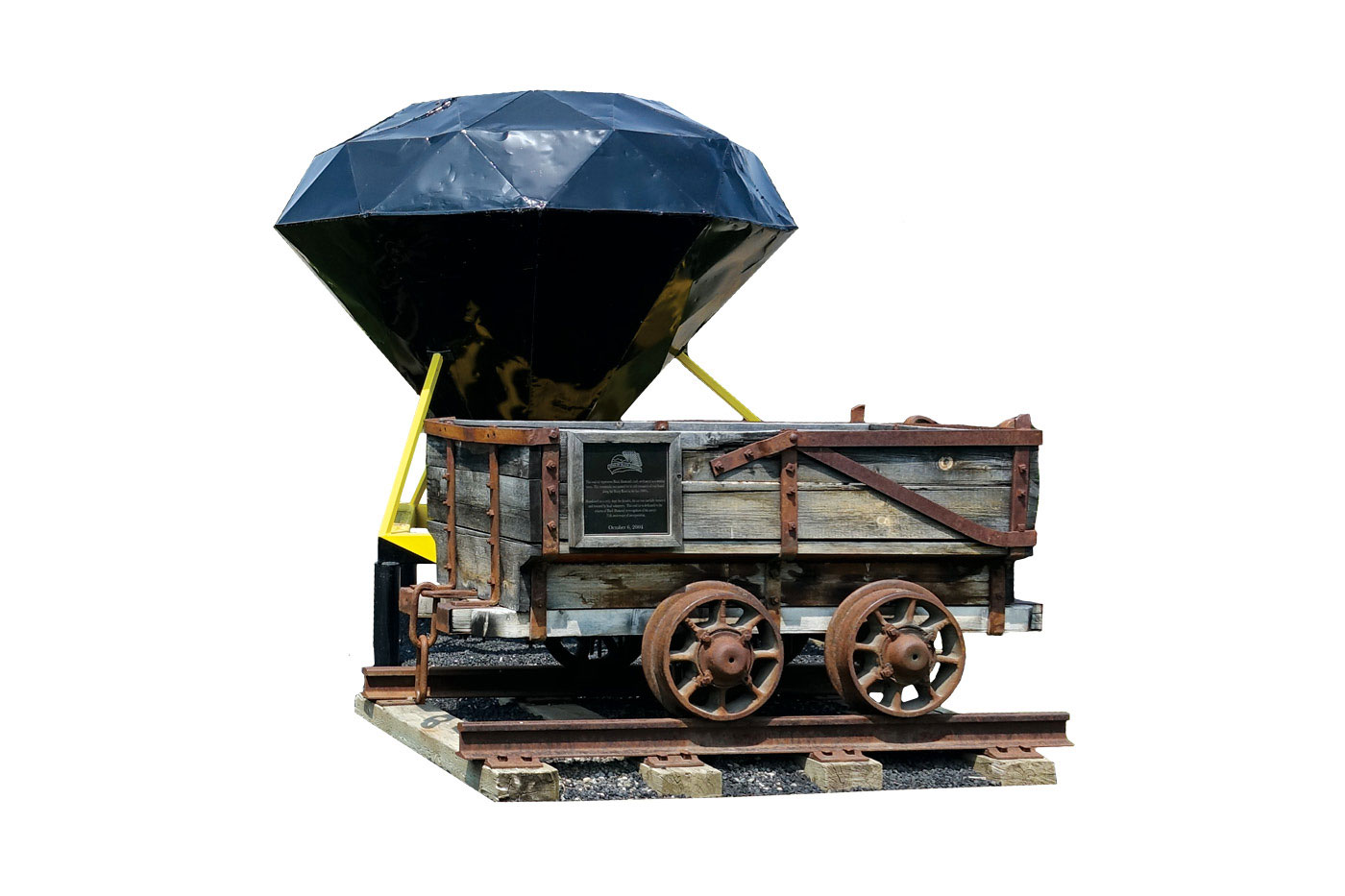 This coal car (above) represents Black Diamond’s mining history. Volunteers restored it and dedicated it to the town in 2004, the year Black Diamond celebrated its 75th anniversary of incorporation. 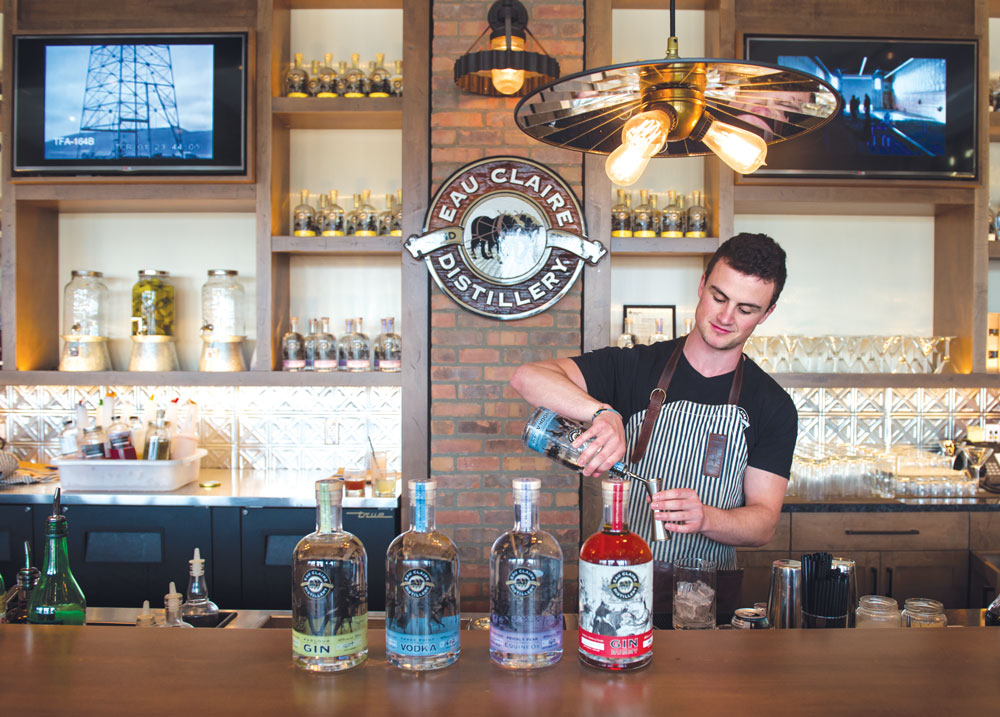 all photographs by jennifer friesen except otherwise stated

Alberta is currently experiencing a distillery boom and Eau Claire Distillery is the first — and arguably the best — of the independent craft distilleries. Housed in a 1929 movie theatre, Eau Claire offers distillery tours, tastings (including a flight called the Seven Deadly Gins) and cocktail-mixing classes. It also offers superb craft cocktails and a small but mighty food menu.

This off the beaten path adventure company has been connecting people to nature for over 11 years. Providing customers with a truly unique outdoor experience by leading wild, edible plant walks and hikes from late May to Late July, and snowshoe safety and winter survival from mid-January to mid-March, prepare to learn all you need to, to survive the foothills from professional hiking guide and nature educator, Julie.

The taproom at Hard Knox Brewery opened in Black Diamond in May 2018 and it has slowly been adding more taps, more events and more features over its first months to become a kid- and pet-friendly hangout space. Hard Knox has three core beers – Grunt Work, Light and Dusty Trail – as well as a rotation of other beers on its taps. There’s a food truck onsite that serves beer-infused food. Brewery tours on Saturday and Sunday at 1 and 3 p.m.

Stop by this laid-back barbershop for the nostalgic flair (down to the retro-barbershop prices), and stay for the relaxed atmosphere. For 14 years, locals and celebrities, alike, have stopped in for a trim, including famed bullriders, UFC fighters and film crews.

Sheep River Falls, just over 35 km west of Turner Valley, may be the prettiest falls near Calgary. Accessible via a short, easy path starting at Sheep River Falls day area, the area is rarely crowded and is perfect for picnicking. The Sheep River itself offers excellent fly fishing for trout, especially big bull trout and fun-to-catch mountain whitefish. Finding a good fishing spot may require some bushwhacking but it’ll be worth it
to fish in this pristine, relatively uninhabited area. 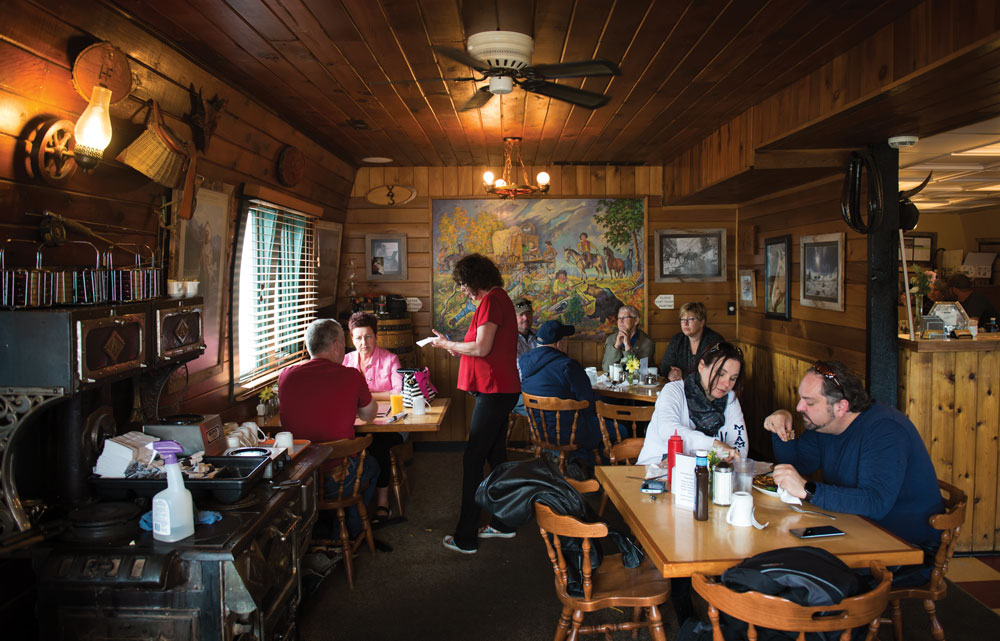 No trip to Black Diamond/Turner Valley is complete without a stop at the Chuckwagon Cafe & Cattle Co. This mainstay is as homey as homey gets. Set in a cute red barn, the Chuckwagon serves all-day breakfast and just over half of the beef used by the restaurant comes from owner Terry Myhre’s own ranch. At the very least, pop in for some to-die-for fries (you know you want ’em).

This casual restaurant serves classic comfort foods like perogies and sausage, country fried chicken, baked spaghetti, patty melts, pizza and burgers. On Sundays, there is a breakfast buffet and, if you are looking for a quick, cool treat on a hot day, get hard ice or soft serve from the take out window. It also hosts events including live music and street dances. Get a seat in the gazebo with comfy banquet seating and string lights. 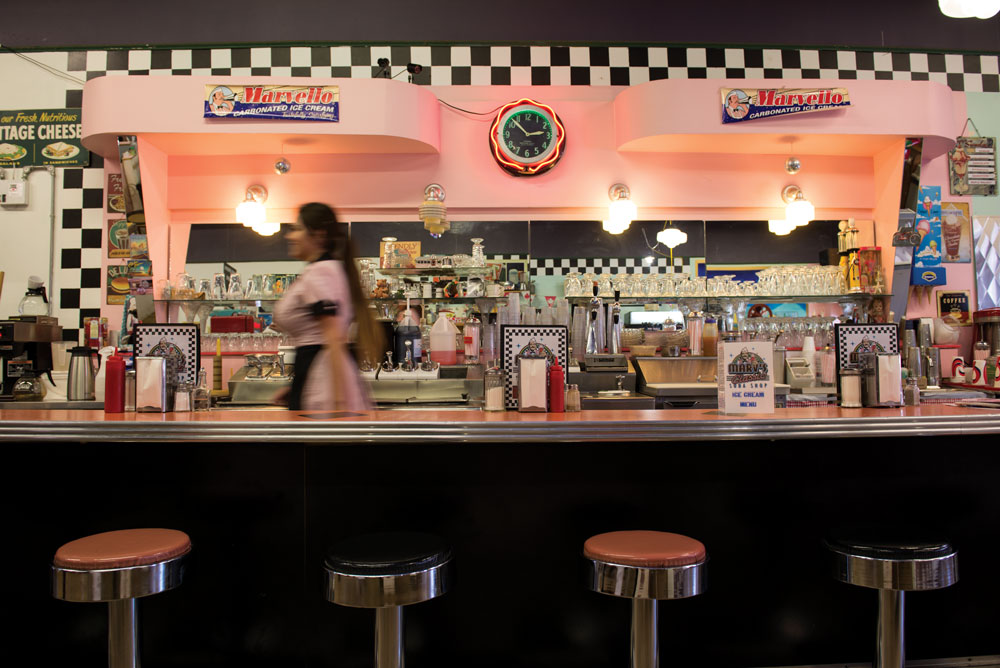 Marv’s Classic Soda Shop is a must for the milkshake-loving crowd and/or anyone who likes their classic diner fare to come with a generous helping of 1950s bric-a-brac. Owner Marvin Garriott looks perfectly the part and is the self-proclaimed inventor of carbonated ice cream, which he makes along with other old-timey treats.

The Westwood, which recently celebrated its two-year anniversary, serves modern pub food; standout dishes include deep-fried avocado bites and hearty burgers made with local lamb, bison and beef. The Westwood also features live music throughout the week and boasts a sunny south-facing patio — the perfect place to linger over Sunday brunch. 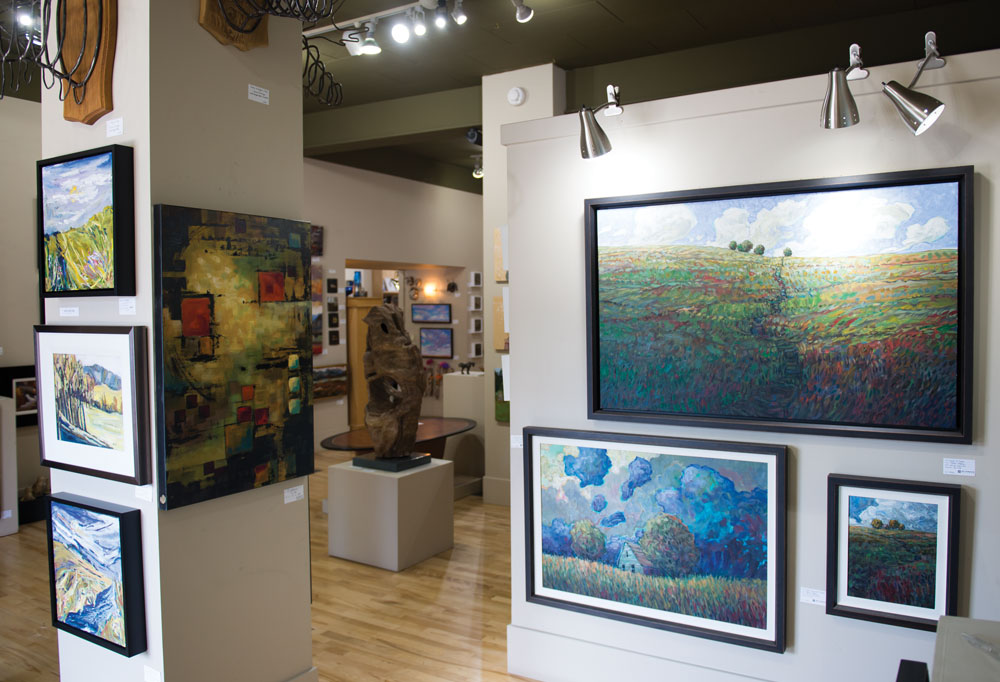 Whether you’re shopping or just browsing, Bluerock Gallery represents a wide spectrum of art forms (and prices), including paintings, ceramics, glass, jewellery, books and fabric art by almost 200 regional artists. There’s nothing cold or stark about this gallery. The Bluerock is curated and designed to capture the spirit of the local culture, which includes browsing at an unhurried pace.

This Black Diamond boutique has Fair Trade fashions, locally made apothecary products and other knickknacks. It’s a great store to browse.

Celebrating their 20th anniversary this August, Sandul’s has been a local staple in Black Diamond. Not only meeting pharmaceutical needs this local spot began specializing in British imports about eight years ago. It started small, with treats such as biscuits and Walkers crisps, but it grew to take over an entire aisle with Heinz baked beans, marmalade, curry-flavoured gravy and seasonal specialty items during Christmas, Easter and Halloween. Word has it customers make the drive from across Southern Alberta to stock up on a taste of the UK. 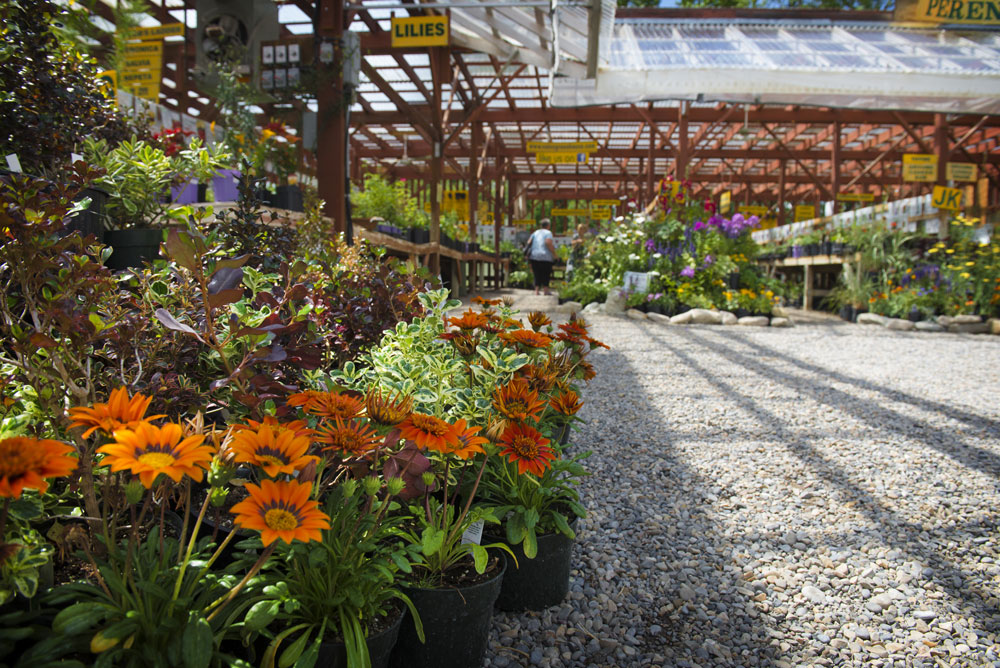 Since 1976, Vale’s Greenhouse has been sharing the secret art of gardening in Alberta’s harsh climate. Stop in to pick up hardy perennials fit to withstand the wind, rain and snow, or take a lesson on how to keep the garden flourishing. With six greenhouses and a huge perennial area there’s no shortage of variety at Vale’s. By early August the gift shop is ready for the Christmas season, with a large selection of household and outdoor items crossing off the list just got a lot easier.

What to Do in the Mountains in March