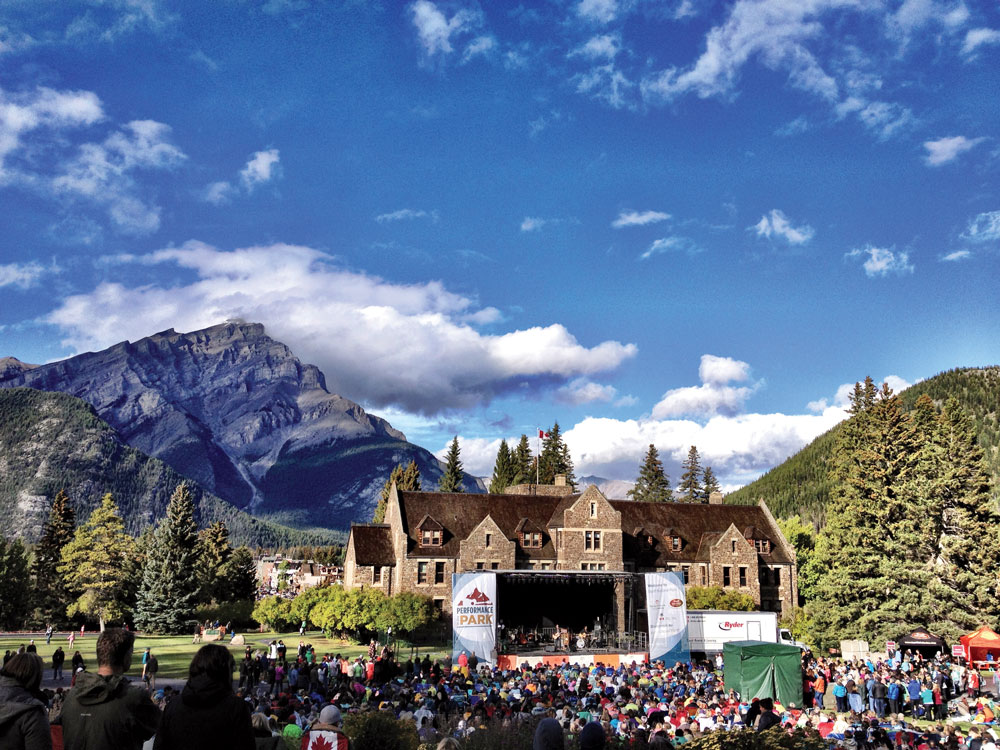 As part of Canada’s sesquicentennial celebrations in 2017, the Canadian government has declared free admission to national parks, which is all very nice and well, considering there are several national parks within a couple hours’ drive from Calgary. That said, we suggest you get out there and experience them this year before the rest of Canada shows up.

Thanks to a few wandering rail workers who “discovered” the hot springs of Sulphur Mountain in 1883, we have the granddaddy of Canada’s national park system only 90 minutes west of the city. Established in 1885, Banff National Park remains the ultimate 6,641-square-kilometre mountain playground, while the town of Banff proper has all the amenities you could want, not to mention the glorious hot springs that started it all.

Performance in the Park.

Purchase your tickets now for the popular Performance in the Park, June 10 and 11, on the lawns at the Parks Administration Building at the end of Banff’s Main Street – the music and the backdrop make for a stunning duet.

Founded in 1920, in part to establish a route between Banff and Windermere, B.C., Kootenay National Park is a narrow swath that encompasses a surprising 1,406 square km of terrain. On its northern end, you’ll find tight mountain canyons carved out by roaring waterfalls, while the southern end has grasslands, complete with cacti. 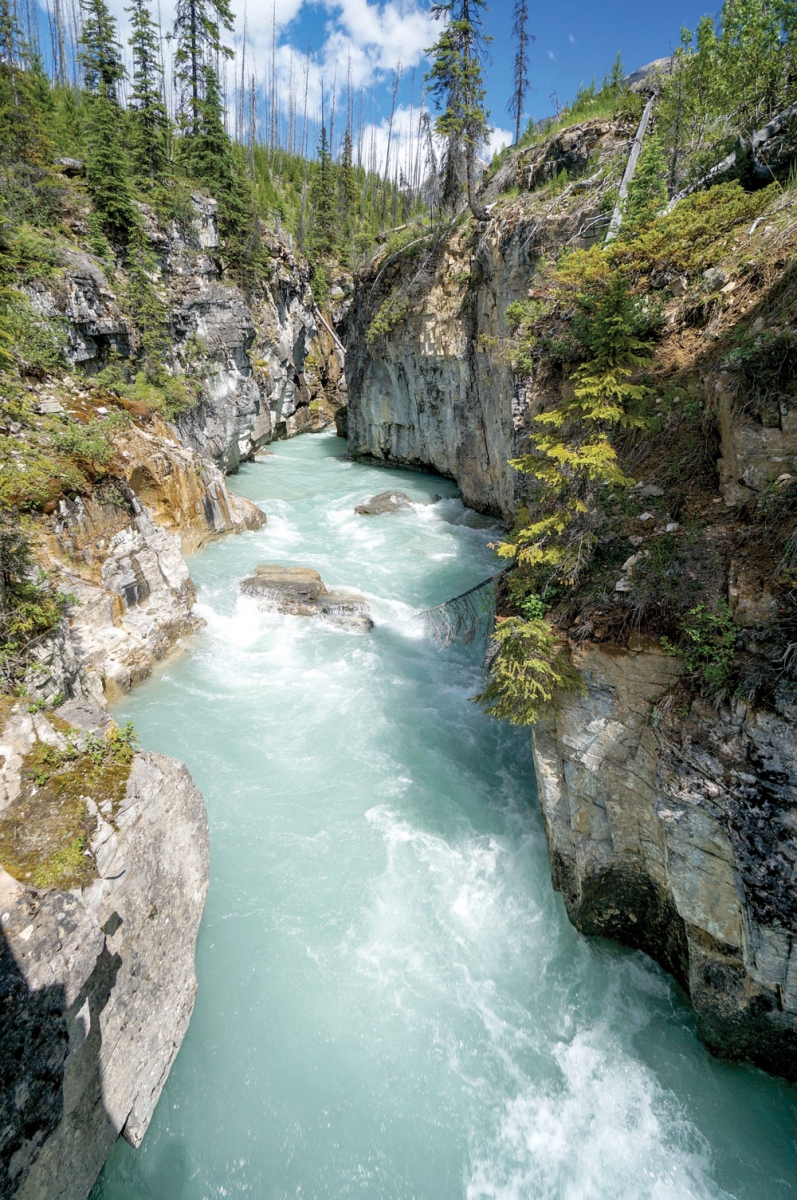 Explore the impact of water and fire by taking the 1.6-km Marble Canyon hike, where glacial water crashes through a slot canyon and a 2003 fire blazed away the vegetation, then cap off the experience with a soak in the naturally heated pools of Radium Hot Springs.

This 1,313-square-km park centred around Field, B.C., was established in 1886 and contains the beautiful 384-metre-high Takakkaw Falls, a perfect picnic site on hot days when you can feel the cool of the spray. 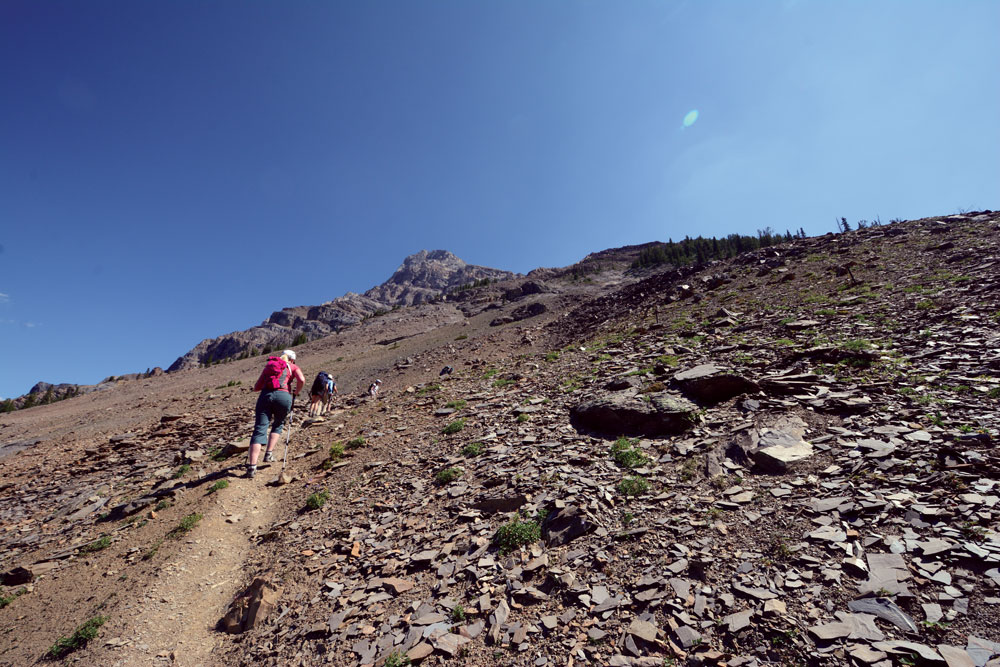 Strap on your serious hiking shoes or boots and join a guided hike up to the Burgess Shale Fossil Beds at Walcott Quarry. It’s a tough grind, gaining 825 m of vertical over 11 km (one way), but, when you return from the 11-hour excursion, you will have seen fossils more than 500 million years old.

Created in 1895, this 505-square-km park hugging the borders of Alberta, B.C. and Montana packs a wallop of unbridled natural beauty with clear lakes, thundering waterfalls and an endless parade of wildlife and wildflowers, while the town of Waterton suggests a throwback to simpler times (think “Banff unplugged”). 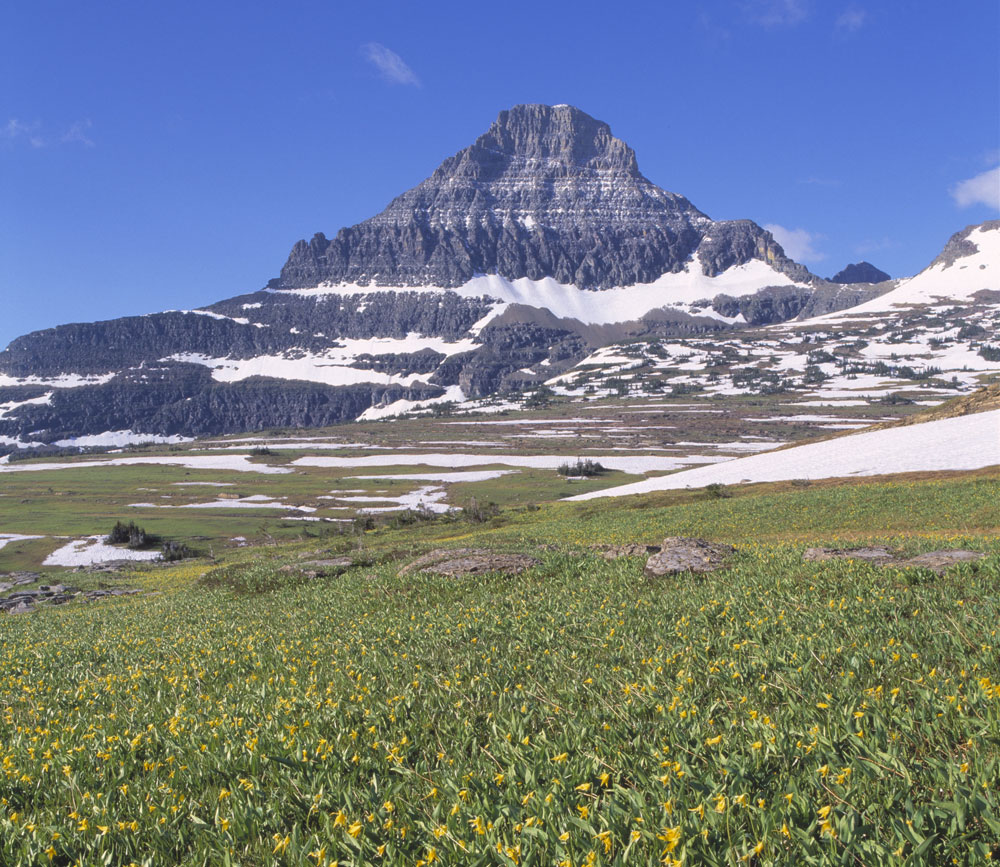 Hike the 5.2-km (return) Lower Bertha Falls trail in early June to see a blanket of Glacier Lilies, Shooting Stars and Bear Grass before reaching the spectacular falls. You can pitch your tent right in town during the Waterton Wildflower Festival, which runs June 19 to 23 this year.

This pair of parks encompasses the terrain between the B.C. towns of Golden and Revelstoke. Glacier, at 1,349 square km, was established in 1886 (the same day as Yoho National Park), while Revelstoke, only 260 square km, came later in 1914. Together, they are known for majestic limestone peaks knitted together with ancient glaciers, mountain meadows and high mountain passes. 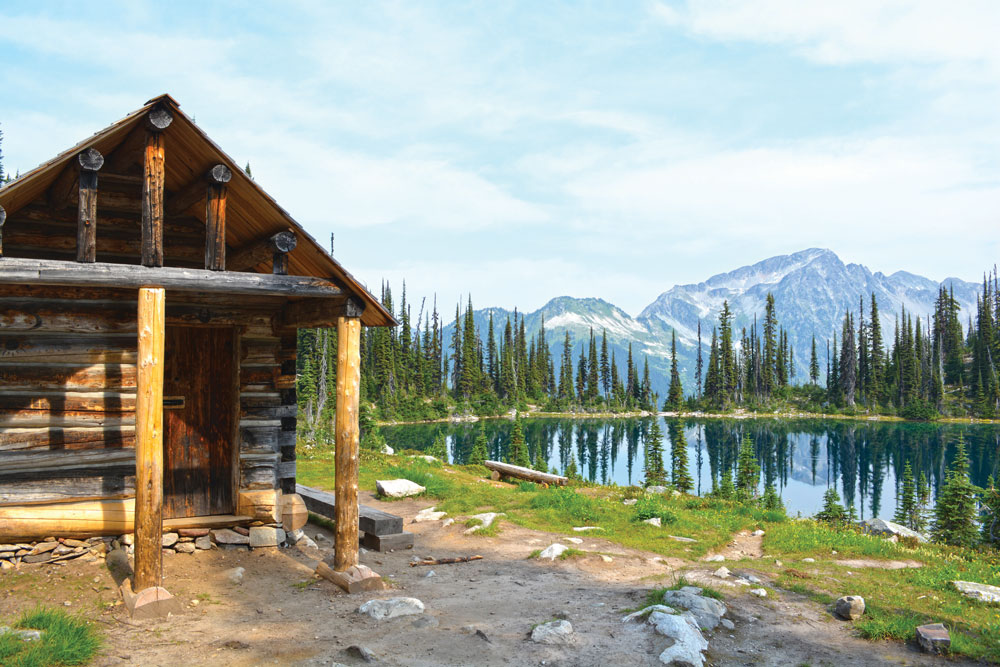 During the summer, it’s common to see cyclists testing their mettle on the 16 switchbacks up the 26-km Meadows in the Sky Parkway just outside of Revelstoke, which transitions through forests of cedar, hemlock, spruce and fir up to subalpine wildflower meadows. Pack your backpack and make an overnighter of the 14.2-km (return) Eva Lake Trail, accessed from the end point of the Parkway. Reserve one of four tent pads at the trailhead.

Established as a forest park in 1907 and granted national park status in 1930, Jasper’s 11,000-square-km spread encompasses pristine wilderness and a picturesque mountain town. For Calgarians, Jasper is as much about the journey as it is about the destination as the Icefields Parkway linking Jasper and Banff national parks is regarded as one of the world’s most scenic drives. 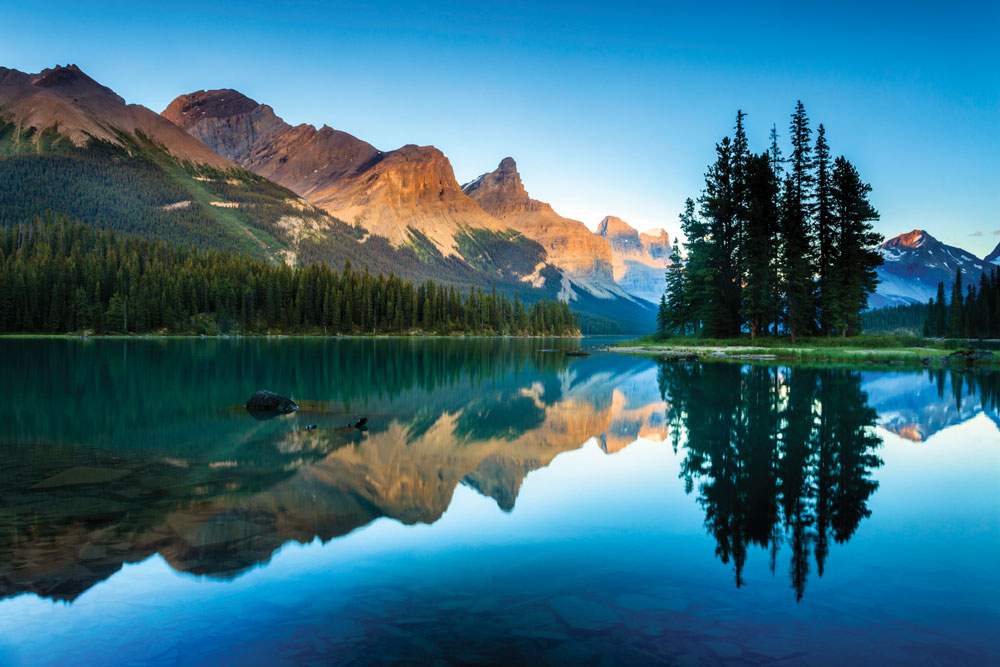 Follow the path of glacial water and hike along the tranquil shores of Maligne Lake, 47 km from the town of Jasper. On your return, witness the power of that same water as it cuts and carves the deepest gorge in Canada, the Maligne Canyon.

Something a little different

In the late 1800s, Southern Alberta’s prairies became home to ranches stretching as far as the eye could see, including the Bar U Ranch on the banks of the Pekisko Creek, near Longview. In 1991, Parks Canada acquired the pristine Bar U, including the original ranch headquarters and 35 historically significant buildings, creating the only National Historic Site in Canada honouring the “cowboy way” (the annual Parks Discovery Pass can be used for admission).

Now in its 25th season since its historical designation, the Bar U still operates as a working ranch, where visitors can try their hand at skills like roping a (replica) steer or observe ranch hands using historic methods and tools. Wander the rustic buildings, then settle on a hay bale at the campfire to enjoy cowboy coffee and bannock, or climb aboard the wagon and discover how this ranch saved the Percheron breed of horse from extinction during the First World War.