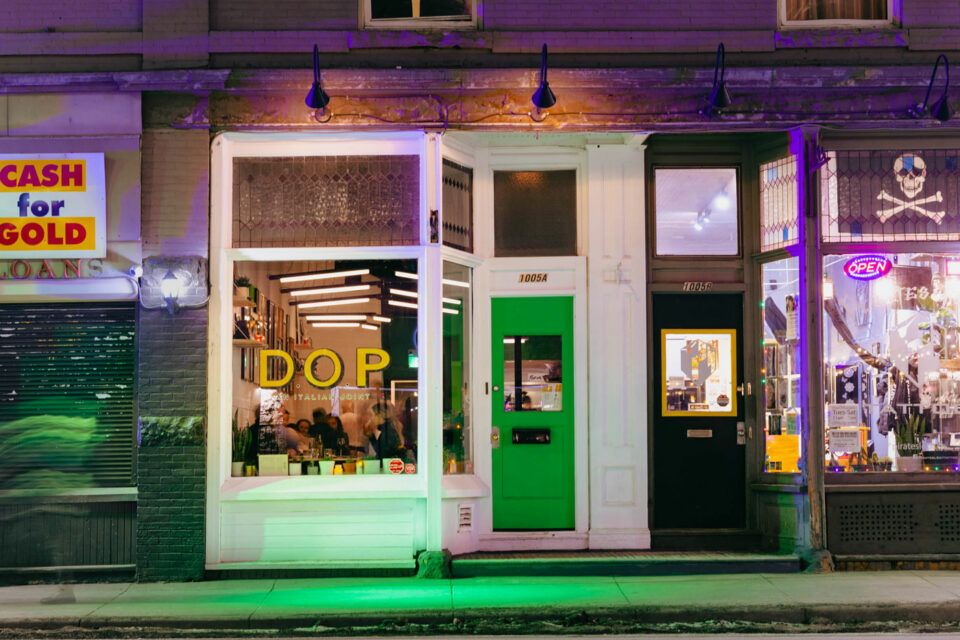 When Von Der Fels occupied the tiny restaurant at 1005A 1 St. S.W., it felt like the space could never be anything but a hip little wine bar. That is, until restaurateur Tony Migliarese opened cozy Italian joint D.O.P. in the space last fall.

Migliarese didn’t change much, save for a coat of paint and some family memorabilia. The latter is mostly in homage to his late father, who ran a family-style Italian restaurant in Ontario. His memory serves as Migliarese’s prime inspiration — even though the younger Migliarese was part of the opening team behind Proof and Tavernetta and still has the PizzaFace pizzeria in his portfolio, D.O.P. feels more personal, with many dishes rooted in old family recipes.

Chef Sandro Chinea — who was the sous chef at Von Der Fels so he knows the limitations of the minuscule kitchen — adds some additional magic. One highlight is the small antipasti plates like spicy njuda spread, pickled green tomatoes and white anchovies in olive oil, all best ordered with pillowy triangles of grilled bread, though the house-made pasta and the bone-in veal chops are also delightful.

Pair that with some house wine and Migliarese’s hands-on hosting style, and you’ve got the picture of Italian hospitality.

Back to Calgary’s Best New Restaurants 2022

This article appears in the March 2022 issue of Avenue Calgary.