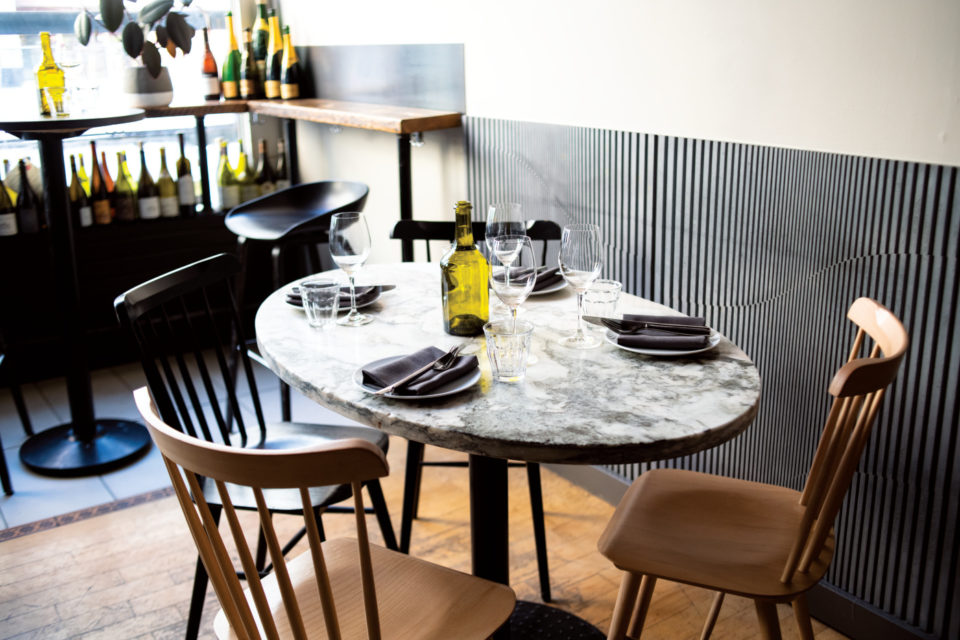 Food: Small plates to pair with wines.
Vibe: Secret hangout.
Order this: The menu changes regularly, but any version of chef King’s Hasselback potato is a winner.
Know this: BVDF is closed on Sundays, leaving it to transform into Pizza Face, an old-school Italian pizzeria pop-up.
Average Price: $20 per small plate.

When Bar Von Der Fels (BVDF) opened in 2016, the little wine bar felt simultaneously scrappy and sophisticated. The tiny room and youthfulness of proprietor/sommeliers Will Trow and Thomas Dahlgren gave the restaurant a cool “you’ve got to be in the know” kind of vibe, but the food coming out of what has to be the tiniest commercial kitchen in town was as exciting as the off-beat glass pours offered at the bar. Since then, BVDF has only gotten better — chef Douglas King joined the team about a year and a half ago, adding even more consistency and adventurousness to the oft-changing small plates menu.

Back to Calgary’s Best Overall Restaurants 2020

Back to Calgary’s Best New Restaurants 2020