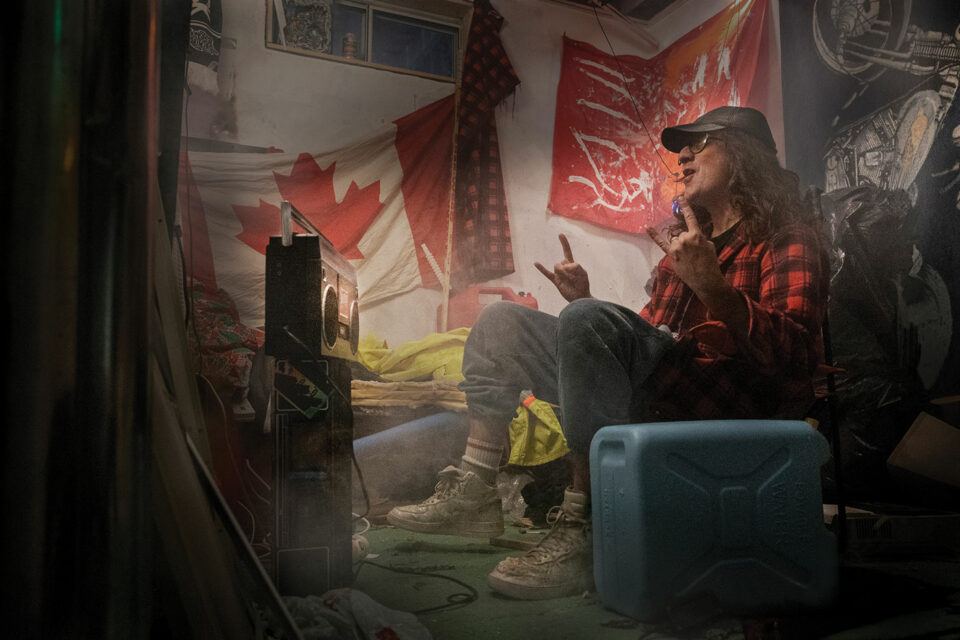 We were all first introduced to Terry Cahill in the 2002 film FUBAR, but, 20 years later, the quintessential Calgarian everyman (as portrayed by actor Dave Lawrence), is still “given’r” on a daily basis. He’s starring in the series Trailer Park Boys: Jail with another new show on the way, and has a few other “pots cookin’” closer to home. “I’m like a rare unicorn, born and bred here,” Cahill says. “Ya never forget where ya come from, ’specially if ya never leave.”

Cahill even found himself toying with the idea of a mayoral run last summer, and, although he didn’t follow through, he did get as far as making a campaign T-shirt in partnership with local clothing company C of Dead, and donated proceeds from sales to the Mustard Seed. In typical fashion, Cahill shrugs off his good deed. “There’s been a few times where I was down on my luck an’ I was always able to crash there,” he says. “So, ya just gotta pay it back sometimes. You never know, it could be you.”