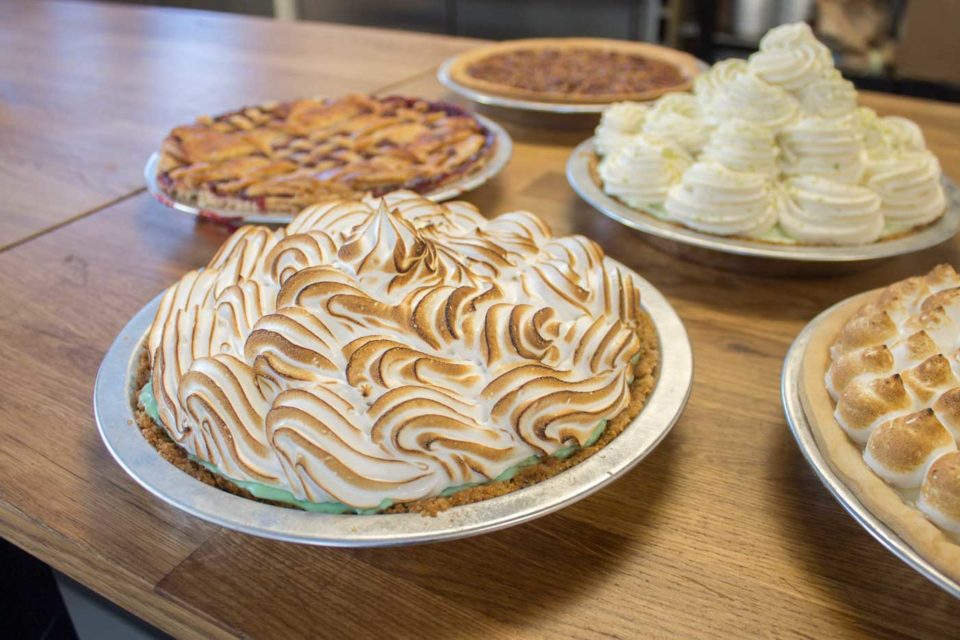 When it comes to cream pies, most of us expect the bright greens and yellows of key lime and lemon meringue, the pale off-white of coconut and the silky browns of chocolate. Aquamarine blue does not usually figure into the world of pie, which is part of the reason that Pie Cloud’s brilliant blue marshmallow mermaid pie has become the shop’s signature dessert.

Pie Cloud has made some moves in recent years — from its standalone shop in Kensington to the now defunct Market on Macleod and finally to its new home in the Marda Loop Mercantile. The new location means that marshmallow mermaid lovers can now get their fix again, either with an individual slice or an entire pie (presumably, to take home and share).

Part of what makes the mermaid pie so magical is that it doesn’t actually taste “blue.” The pie’s graham base is filled with a traditional French curd flavoured (and coloured) with Blue Curacao. For those of us whose knowledge of Blue Curacao begins and ends with Blue Hawaiian cocktails, the liqueur is made with the peel of the laraha fruit, a bitter orange that grows on the Caribbean island of Curacao, giving it a distinctive orange taste. Pie Cloud adds some fresh orange juice into the mix to boost the orange flavour (and don’t worry, the booze cooks off, so the pie is kid-friendly).

“It’s a bit funky to see the blue and taste light orange,” says Maureen DePatie, Pie Cloud’s proprietor. “It makes the brain and palate do a bit of work to figure it all out.”