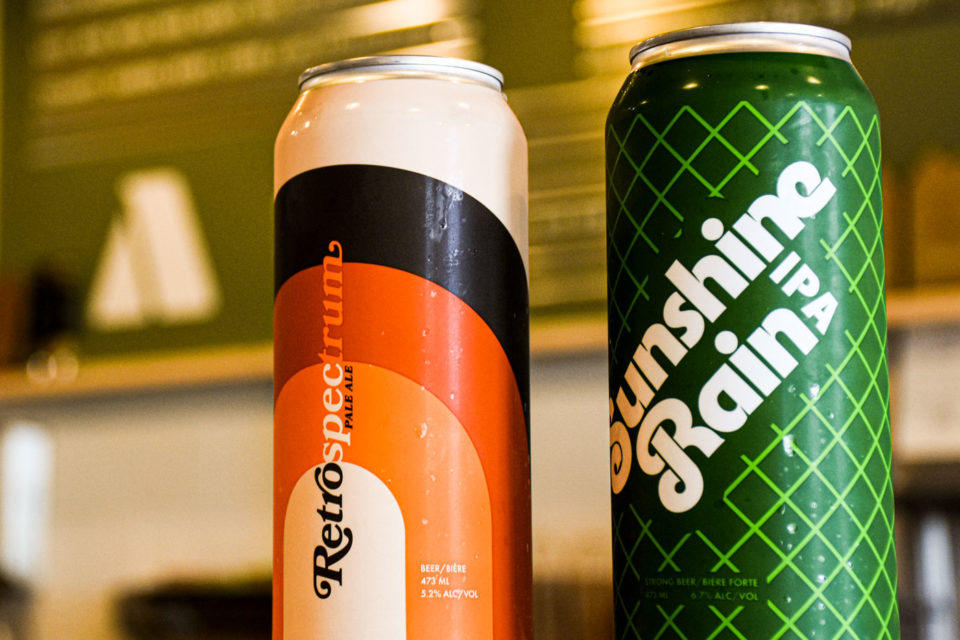 Most popular beer: The Sunshine Rain IPA is a crowd favourite and in Calgary’s super crowded IPA landscape, it stands out as one of the best.

The vibe: As the brewery’s name suggests, the taproom has the look and vibe of an adventurer’s escape to a relaxing cabin under the stars.

Recent awards: 2020 was a huge year for Cabin. In the Alberta Small Brewers Association’s 2020 Alberta Beer Awards, the aforementioned Sunshine Rain IPA won best in its class, as did the Super Duper Saturation Double IPA. The brewery’s Chapter 1: Bourbon Barrel-Aged Wee Heavy also placed second in the barrel-aged beer category, while its Retrospectrum beer took home second place honours in the hoppy sessionable beer category. But most importantly, because of all these accolades, Cabin Brewing Company took home gold for brewery of the year.

Things you should know: The taproom is currently open for pickup service.

Cabin Brewing Company has achieved the perfect balance of being both a chill and relaxing place to enjoy exceptional beers and and a spot for a lively night out with friends. The taproom is definitely one of the brewery’s major perks, featuring a canoe light fixture hanging from the ceiling and cabin-inspired booths that look like little cottage drinking nooks. Cabin also produces and carries some of the coolest merch in the city, and not just amongst the breweries. Its caps, visors and shirts are extremely on brand and trendy.

But of course, as comforting and relaxing as the design choices are, it’s the high quality beer that keeps people coming back the most. Almost all of Cabin’s beers are regulars in “best-of” conversations and the variety means there is something for everyone. Whether you try a new and unique session beer or one of the classics, you can’t really go wrong.