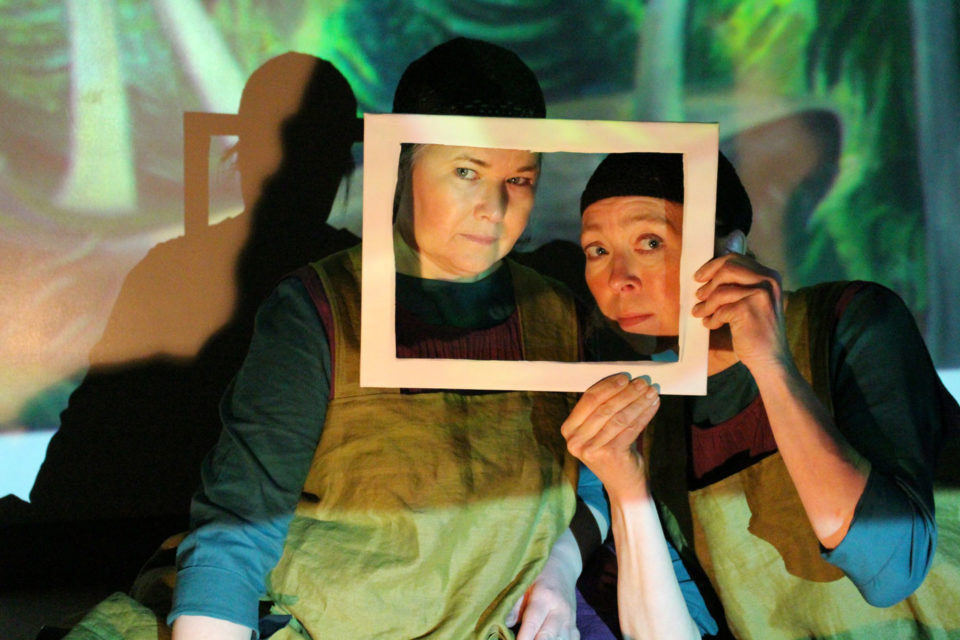 Wilson’s fascination with incomparable Canadian artist Emily Carr is a longstanding one. And yet, she wrote almost the entire show in one fitful session.

“I was in bed reading, and then I got that H1N1,” she says casually of her encounter with the virus commonly known as swine flu. “And I became seriously delirious. You know how you become delirious, and you’re living in this altered realm? It was like the whole play just, boom, arrived.”

As far as inspiration goes, it ranks as highly unusual. But then again, Wilson has always been an unusual creative. Like Carr, she’s had a pet monkey — a fact critical to the show’s two-hander structure, featuring stars Nancy McAlear (Carr) and Shawna Burnett (Carr’s pet monkey, Woo).

“I could see it as Emily Carr talking to her monkey, and her monkey was talking back,” she continues. “So, I wrote it all down — that was some 15 years ago — and it stuck it in a drawer somewhere. [Later] I was de-junking my house and came across it. I was like, ‘what’s this?'”

It’s odd to think of all the ways this play might not have happened. Had Wilson not gotten H1N1 or not tidied up in that exact way on that exact day, would there even be a Love Letter? The answer here is “probably,” since there are even more strange coincidences that led to the finished version of the show.

“As a very young actor, I got my first acting job with Kaleidoscope Theatre in Victoria. I was living in the basement with this clown, and I started hanging around where she was hanging around,” she remembers. “I became quite good friends with her when I visited her quite often at her grave.”

Beyond the supernatural, Wilson spent much time familiarizing herself with Carr in part by reading (and re-reading) her books Growing Pains (1946) and Hundreds and Thousands (1966). Accordingly, the show is a mix of biographical storytelling and that intangible energy that comes with something like creativity or delirium. Burnett’s Woo will act as a stand-in for characters from Carr’s life, while projection designer Amelia Scott’s warped interpretations of Carr’s work cast the stage in an eerie glow.

There will also be a series of special events that enrich the audience’s understanding of the show. Special guest Wedlidi Speck, head chief of the Gixsam namima (clan) of the Kwagul tribe, will be conducting a workshop and opening night blessing. Serendipitously, Wilson met Chief Speck at a poetry festival and asked him to write a blurb for the book version of Love Letter before even realizing he had cultural connections to the people of Kwakwaka’wakw, the very same who gave Carr the name of Klee Wyck.

A highlight of Speck’s presence for the show is the Sunday, May 5th talking circle where he and Wilson will offer a conversation facilitated by Calgary Arts Development president and CEO, Patti Pon.

In all, A Love Letter to Emily C runs May 4 to 11 (plus a preview on May 3) at Big Secret Theatre inside Arts Commons. Tickets are available now.