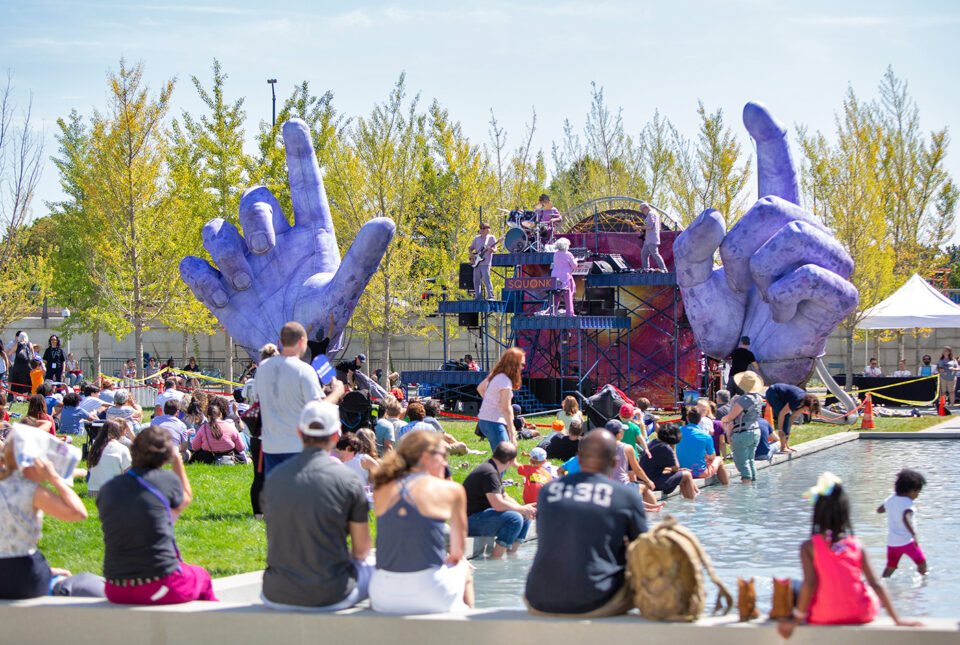 If you happen to catch a glimpse of giant purple hands in Calgary’s Olympic Plaza at the end of August, don’t be afraid — it’s just Squonk.

Squonk is a travelling troupe of visual and musical artists who put on performances around the world (you may also recognize them from America’s Got Talent). Currently celebrating its 30th anniversary, Squonk is in Calgary from August 29 to 31 with the Hand to Hand tour, an interactive, open-air show featuring two house-sized, purple puppet hands that audience members are invited to help operate. Ropes are rigged to each finger like boat sails that help the giant inflatable puppets move to Squonk’s own special brand of music — upbeat and fun rock — complete with duelling guitarists.

Admission is free for this public spectacle, which is being held right outside of Arts Commons in Olympic Plaza. Bring a picnic blanket or chairs, because plaza seating will be first-come, first-serve. Shows run August 29 at 7 p.m. and August 30 to 31 at 12 p.m., 4 p.m. and 7 p.m.