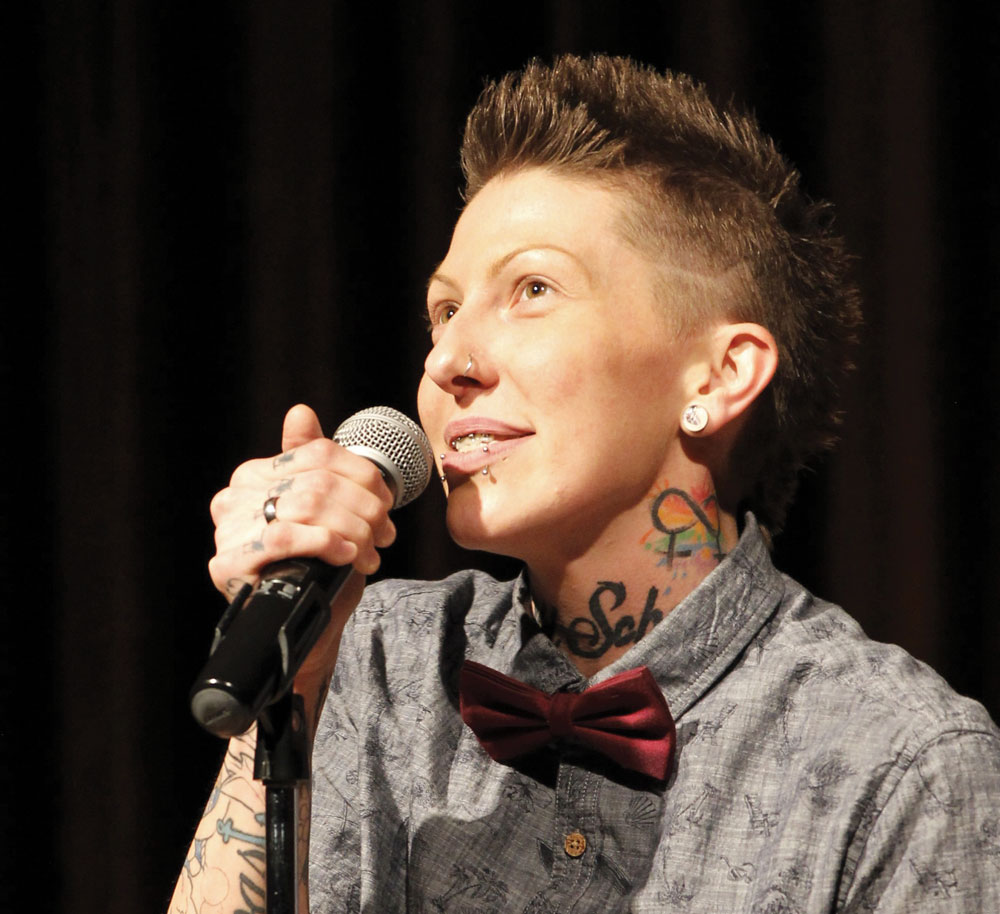 You can expect everything under the rainbow at a performance of The Coming Out Monologues. According to executive director Madeleine Hardy and operations manager Nolan Hill, the staged event has seen a spectrum of stories and performances since it launched in 2011 at the University of Calgary.

The show was originally designed to be a single night of monologues about coming out of the closet and celebrating sexuality. Now, the event runs for three evenings and includes performances in a variety of artistic disciplines including dance, spoken word and duologues.

Hardy says Monologues has evolved beyond coming-out stories of gay and lesbian community members, and now extends to all facets of the LGBTQ community as well as its allies. She says the stories can be funny, sad or poignant and often deal with the lead up to the first time a person comes out.

Hill first shared his own coming-out story at the 2013 Monologues in front of coworkers and friends he wasn’t already out to. “I certainly wasn’t the person who was screaming out loud and proud in the streets,” he says. Sharing his story helped him realize coming out wasn’t something to be scared of, he says. “That was really powerful for me in claiming my own identity.”

Hardy says Monologues provide that same opportunity to everyone who participates. “I’ve often told performers, ‘If you don’t tell your story, someone else will,’ ” she says. When those stories aren’t told firsthand, says Hardy, the mainstream media reframes them and often distorts them as well. “We lose the depth of who our community is and identities that exist within it,” she says.

The Coming Out Monologues run March 22 to 24 at the Calgary Public Library’s John Dutton Theatre. For information, visit comingoutyyc.com.