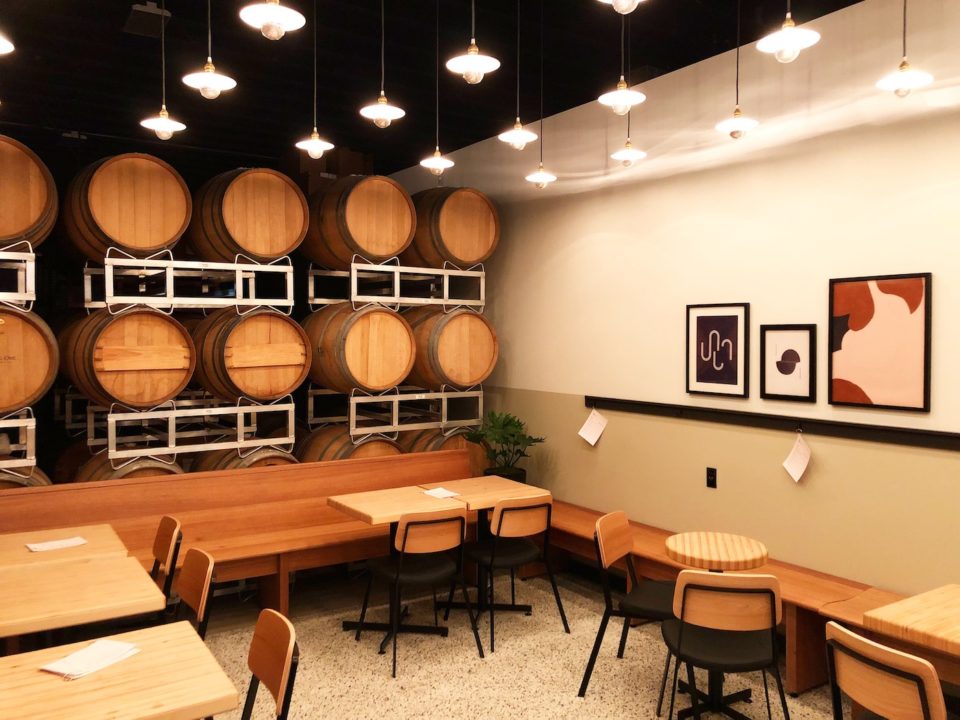 What is it: Bow River Brewing celebrated its grand opening in the Manchester industrial area on February 9.

A post shared by Bridgeland Distillery (@bridgelanddistillery) on Oct 25, 2019 at 1:50pm PDT

What is it: This local distillery was started by two friends and engineers with a love for spirits. It opened in Bridgeland in August and specializes in brandy, whisky and grappa.

Where is it: 77 Edmonton Tr. N.E. (inside Eisenbergs’ Fine Furniture former space).

What’s on the menu: Bridgeland Distillery’s tasting room is open from Wednesday to Sunday. Guests can try single tastings or samplers of the distillery’s own brandies, whiskies, grappas, limoncello and amaro. More than a dozen hot and cold cocktails featuring the distillery’s spirits are also available. And if you’re hungry, the distillery also offers food from some of its neighbouring restaurants: there are dishes like charcuterie, bruschetta and tiramisu from Villa Firenze and meatballs, poke cups and pizza from Waalflower.

What else you should know: Distillery tours are available.

What is it: Opened by a group of friends with backgrounds in home brewing, The Establishment Brewing Company joined the Barley Belt in January 2019. When it opened, the team had more than 130 home brewing awards between them, and they’ve since won gold in the 2019 Alberta Beer Awards for their Fat Sherpa porter.

What’s on the menu: The Establishment offers a mix of limited-release barrel-aged beers, which are made in old wine barrels, and other styles. Currently, you can try beers like the Jam Rock blackberry sour with vanilla, the Technicolour Dreamworld tart NEIPA, the Sky Rocket IV New England IPA and more on tap. As for food, guests can snack on cheese buns from Glamorgan Bakery and containers of mixed nuts.

The space: The brewery’s warm, cozy taproom was designed by Fort Architecture and seats around 50 people. Part of the seating area is surrounded by the barrels used to make the barrel-aged beers, a cool detail that ends up being both decorative and functional.

What is it: Heathens Brewing was one of the most notable additions to Calgary’s beer scene this year because it’s the city’s first gluten-free brewery. It celebrated its grand opening in June.

What’s on the menu: Swing by the brewery’s taproom in northeast Calgary to try gluten-free brews like the Tropical Haze NEIPA, Asgard Ale, Kvasir’s Peanut Butter Stout and Land of Njord Milk Stout. Guests can also order-in gluten-free fare from Avatara Pizza to enjoy in the taproom.

What is it: While it’s been making cider since 2016, Uncommon Cider just opened a taproom space in the Barley Belt this past summer.

What’s on the menu: Try Uncommon staples like the dry craft cider or hopped cider, or opt for one of the seasonal offerings. Flights of four ciders are available too.

The space: Uncommon Cider’s taproom is easily the brightest and most distinctive one in Calgary. The entire space, from the floors to the walls to the ceiling, is bright pink. The space also features a handful of bar seats, a fridge with bottled cider and a ping pong table to play at while you drink.

What is it: Outcast Brewing opened in the Barley Belt in September, making it one of the area’s newest breweries.

What’s on the menu: Outcast has several beers on tap, including a breakfast stout, the Get Funk’d Belgian saison, the Forgetful Brewer double IPA and more. Try them while snacking on bags of Fritos and Funyuns.

The space: Outcast’s taproom is open every day of the week and has seating options ranging from tables to comfy couches. Guests can battle it out on regular-sized cribbage boards while they drink or grab a seat beside the giant cribbage board coffee table to play.

What else you should know: The brewery earned two Alberta Beer Awards in 2019: a silver in the pale ale/bitter category and a gold in the Trendy Beer of the Year (2019): Brut IPA category.

A post shared by Rapid Ascent Brewing Company (@rapidascentbrewing) on Nov 1, 2019 at 11:11am PDT

What is it: Rapid Ascent Brewery opened its new taproom near the outskirts of the city in May and is open from Wednesday to Sunday.

What’s on the menu: Rapid Ascent makes nearly a dozen beers that you can try in its taproom, including Finnigan’s Irish Pale Ale, the Rocky Mountain Lager, Aged Rum Barrel Stout, Bushwhacker Berry Lager and more. Order a flight of four beers to try as many as possible. Pair your beer with snacks like nachos, samosa, mini pizzas or a charcuterie plate.

The space: The spacious taproom features a mix of sofas and tables and chairs, plus there’s a foosball table.

What is it: Run by a father and son team, Romero Distilling is your new destination for locally made rum and sugarcane spirits. The distillery had its grand opening in November.

What’s on the menu: The distillery currently offers its own spiced, amber and dark sugarcane spirit, and is in the process of making rum that will be ready in the summer of 2020. Pick up a bottle of the sugarcane spirit for home or grab a seat in the taproom to try it in a cocktail.

What else you should know: Tours, tastings and custom experiences where you can make your own sugarcane spirit blend are available.

A post shared by Skunkworks Distillery (@skunkworksdistillery) on Nov 26, 2019 at 6:07am PST

What is it: If you’re a fan of moonshine, you’ll want to check out Skunkworks Distillery. The new distillery opened in November and you can now pop by from Thursday to Sunday.

What’s on the menu: The distillery offers three kinds of moonshine: the flagship Skunkworks Moonshine, a Hypersonic Moonshine and a hibiscus-infused Moonwater Moonshine. Try them in one of the distillery’s drinks and with snacks like Glamorgan Bakery cheese buns, charcuterie boards and meat pies by Simple Simon Pies offered in the taproom.

What is it: When SunnyCider opened in the spring, it became the first taproom in the city completely dedicated to cider. The cidery’s taproom and production facility can be found in the Franklin industrial area.

What’s on the menu: One thing that sets SunnyCider apart from many taprooms is that it features a mix of its own ciders and several from other cideries in Calgary and beyond. Try SunnyCider’s Saskatoon berry or sour cherry cider, or opt for a cider from Calgary’s Bramble Cider, Kelowna’s Wards Cider or Summerland’s Dominion Cider Co. The small yet mighty food menu includes Reuben sandwiches, cider-braised brisket sliders, apple cider floats and sweet pies from Pie Junkie.

What else you should know: SunnyCider has a fruit donor program where you can donate fruit from your yard in exchange for cider credits. Who knows, you could end up sipping on cider featuring fruit from your own yard on your next visit.

What is it: Sunalta now has a brewery to call its own. Two House Brewing Co. opened in the southwest Calgary neighbourhood this past summer.

What’s on the menu: Drop by any day of the week to try some of Two House’s brews, which include the Prvny Pilsner, Hoptomist IPA, Rec Room Brown and more.

What else you should know: The brewery holds trivia nights on Tuesdays, live music on Wednesdays and open mic nights on Thursdays.